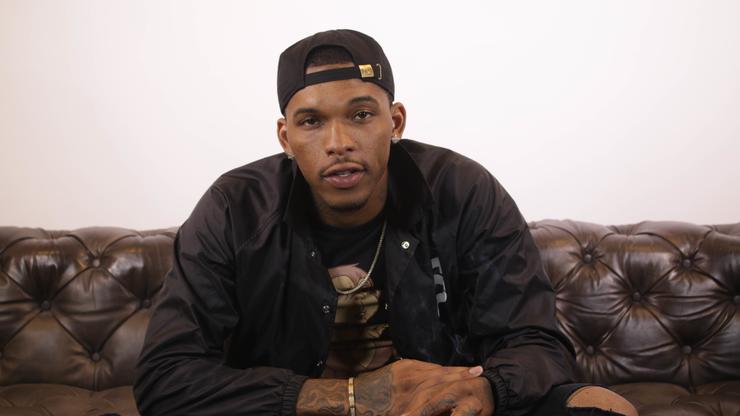 Queen Key called out her children’s father for his emotional post regarding his late girlfriend’s death.

600Breezy is grieving the death of his late girlfriend, Raven Jackson, who allegedly took her own life on Tuesday (September 7). The rapper posted Jackson’s last message to him, which some would deem to be her suicide note, just before she reportedly committed suicide. In his emotional post, the “New Opps” rapper shared, “You just gone leave me forever? You kno how many people love you raven ? I would’ve never left if this was the outcome . Im f****d up for the rest of my life baby mentally you just finished me.”

While fans rushed to share their condolences with the rapper, his children’s mother Queen Key, blasted the rapper on social media, claiming that he’s “clout chasing” following Raven’s death. “First of all, breezy is f***** goofy,” she posted. “RIP to raven, but this silverback looking a** n***** tryna clout up her death is overly f**** weird.” Back in 2019, Key confirmed that 600Breezy was the father of her triplets after he denied the claims for months. In her recent post, she continued to call out the rapper on his parenting skills, adding, “Boy yo a** is a deadbeat wtf u weird as hell & you wished death on me when I was pregnant.”

After fans reacted to Key’s comments about Breezy and Raven, she responded to the backlash writing, “How the f*** ima feel bad for a n*** who don’t take care of his kids cause his feelings hurt? Boy f*** you! Her death ain’t about you.” Queen Key concluded her rant adding, “I’m sad that that happened to her, but I can not sit back & let this big goofy trick yall.” 600 Breezy has yet to respond to Queen Key’s posts.

Well wishes to all Raven Jackson’s family and friends.