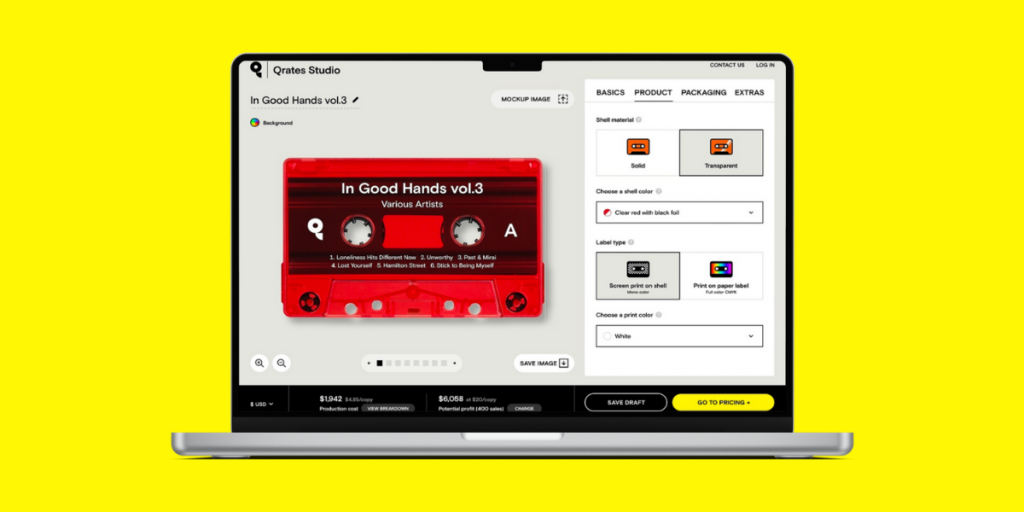 As demand for physical releases continues to grow, vinyl crowdfunding pioneers Qrates look towards cassettes as the next frontier in independent revenue building.

The following article comes from Qrates, a proud partner of DMN.

It’s no secret that the popularity of vinyl has been accelerating around the world at breakneck speed. At the forefront of this explosion is Tokyo-based record manufacturing and sales platform Qrates (pronounced ‘crates’), which has been offering independent artists the chance to fund, press and ship records directly with and for fans since 2015.

Weathering the storm of manufacturing bottlenecks during the worst of COVID-19 lockdown, Qrates managed to shorten predicted turnaround times to below current industry standards. Now they plan to apply that same consistency to offering cassette manufacturing services in the new year.

The cassette tape, which reached its peak in the latter-half of the 1980s, has itself been experiencing a resurgence in popularity in recent years. It’s been supported by a new generation of music fans and artists who are buying and releasing on the format with rapidly increasing demand. In 2020, it was announced by The Official Charts Company (OCC) that in the UK cassettes sales had increased 103% by the second quarter alone.

Qrates has commercialized the world’s first crowdfunding service specializing in analog records with a growing reputation as the most reliable and cost-effective option for record manufacturing and sales in both the United States and Europe. The hugely successful US funk band Vulfpeck’ continues to use the service since releasing their infamous Sleepify protest album on the service in 2017. To date they’ve funded, produced and delivered over 20 records direct to fans.

A number of other artists have also seen and taken advantage of the value and quality that Qrates offers. European lo-fi YouTube streams-come-labels like Chillhop Music and Lofi Girl (formerly Chilled Cow) have managed to translate their audiences—which together reach well over 10 million subscribers—into paying, record-collecting customers. Japan’s own Made in Abyss and Cowboy Bebop anime have enjoyed vinyl popularity via soundtrack releases and indie artist covers manufactured and sold through Qrates. Grammy Award-winner Cookin Soul has dropped 13 sought-after releases. Five years after launch, the service has over 150,000 users, supporting the production of more than 1,200 titles and the sale of more than 350,000 records.

Now the company aims to maximize the possibilities by expanding their enterprise into manufacturing and selling cassette tapes, for both the artists using their service and the fans that are buying their music.

Qrates will provide clients with more services to support sales and thus revenue and income, making it a one-stop-shop for both vinyl and cassette production.

As with the existing vinyl record service, artists will be able to produce on-demand cassettes with a 50-item minimum. Qrates will continue to provide centralized support from build-to-order manufacturing via crowdfunding, pre-order sales and delivery. Their fulfillment service will allow for delivery of products directly from the Qrates distribution center to each and every fan, with wholesale sales of popular works going to more than 150 record stores and distribution companies affiliated with the company.

Qrates has already secured a manufacturing partnership, where clients can order from a vast array of color variations and product options. While the new branch of Qrates offerings for independent artists is set to launch in Q1 of 2022, they have provided a teaser site to give each and every person looking to harness the power of their fan base an overview of what’s to come. Sign up to their mailing list and become one of the first to try out their new Qrates cassette service.