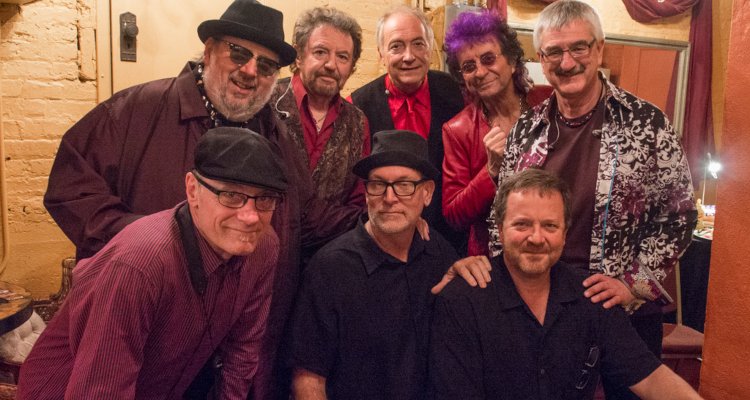 Primary Wave has officially acquired a majority stake in the publishing catalog of “Eye of the Tiger” songwriter and producer Jim Peterik.

15-year-old Primary Wave just recently unveiled the reportedly $20 million deal, which follows its high-profile 2021 investments in the music IP of Jeff Porcaro, Luther Vandross, Gerry Goffin, Bing Crosby, and Prince, to name some. In addition to the aforementioned publishing interest, the agreement encompasses “other rights” to works from the 71-year-old’s decades-long career.

The longtime Ides of March vocalist and frontman Peterik has the sole songwriting credit on the group’s most well-known song, “Vehicle” (1970), and the Berwyn, Illinois-born creator has released three solo albums to date, the newest of which being 2016’s The Songs.

A founding member of Survivor, Peterik also wrote or co-wrote all the tracks on the band’s first seven albums, including songs like “American Heartbeat” and the famed “Eye of the Tiger” (both released on 1982’s Eye of the Tiger).

Besides this work on Survivor’s initial seven studio albums, the Songwriting for Dummies author Jim Peterik has co-penned tracks for Donnie Van Zant-founded 38 Special (“Caught Up in You” and “Hold On Loosely”), Sammy Hagar (“Heavy Metal”), and The Beach Boys (“That’s Why God Made the Radio”), to name some.

Plus, the one-time Grammy winner (and two-time nominee) remains involved with his Pride of Lions, Jim Peterik’s Lifeforce, and World Stage projects. Moving forward, Peterik will have access to the “marketing team and publishing infrastructure” of Primary Wave, including “digital strategy, branding, licensing, [and] synch opportunities, as well as film, television, and theatrical production,” higher-ups relayed.

Addressing his company’s new deal with Jim Peterik, Primary Wave chief brand officer Jeff Straughn stated: “We met Jim almost four years ago where he invited us back to his home studio after a lovely lunch. It was love at first sight and we knew then that it would only be a matter of time to have Jim join the Primary Wave family. We are ecstatic to be working with such a legend.”

And in a statement of his own, Jim Peterik – who is currently touring with The Ides of March – said: “I’m thrilled to be with a company who is as passionate about music as I am. Primary Wave’s roster speaks for itself. It seems that many of my musical heroes feel the same way!

“I’m looking forward to great days ahead creating new music and finding new homes for the many songs in my catalogue!” he finished.

Earlier today, Round Hill Music announced that it had acquired the publishing catalog of Jellybean Benitez as part of a broader “joint venture agreement,” while BMG closed out November by buying the recordings of Mötley Crüe.