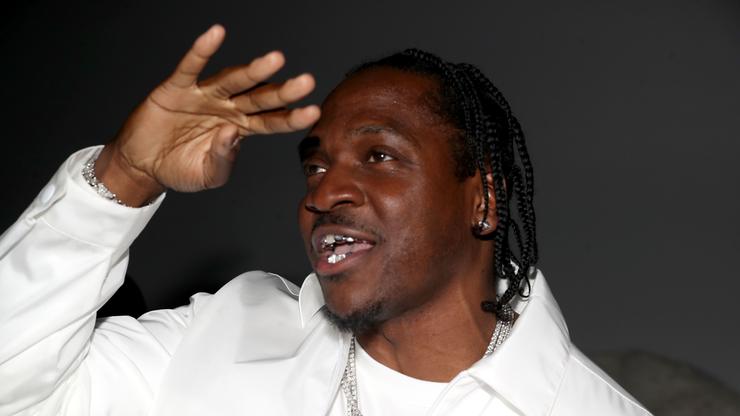 Pusha T‘s latest album is out and it includes what seems to be the final collaboration we’ll get from Kanye West and Kid Cudi. The two had a public falling out at the top of this year in the midst of the Donda 2 rollout. Ye confirmed that Cudi wouldn’t appear on the project and Cudder fired back, calling Ye a “dinosaur.”

Ahead of the release of It’s Almost Dry, Cudi said that he cleared his verse on Pusha T’s “Rock N Roll” which also features Ye. However, he made it clear that he and Ye are no longer in good standing, nor will they be in the future. “Hey! So I know some of you heard about the song I got w Pusha,” he said. “I did this song a year ago when I was still cool w Kanye. I am not cool w that man. He’s not my friend and I only cleared the song for Pusha cuz thats my guy. This is the last song u will hear me on w Kanye -Scott.”

During an interview with Vulture, Pusha T expressed his gratitude for his relationships with both Cudi and Kanye but explained that it’s a weird situation to see unfold publicly. “It fucking sucks. You know Cudi is my fucking brother to the end. Just navigating these relationships, this brotherhood, the arguing … it gets public,” he explained. It’s one thing for us to argue. We all argue — that’s not a problem. It gets out there, whether it’s Ye bickering first, or Cudi coming back with what he says. It’s super–fucked up.”

Push recalled the session for “Rock N Roll,” which includes a sample of Beyoncé’s “1+1,” explaining that “everyone was so happy” when they linked up at the studio.

“The day we made this record, everybody was so fucking happy. Ye’s chopping the Beyoncé sample. Cudi happens to come in that day. We see each other, and I hadn’t seen him in a while. He’s like, ‘I gotta get on a record. Are you crazy?’ Cudi did, like, three or four different references. Beyoncé cleared the sample,” he continued. “There was so much great energy around the making of that record. And, you know, time passes, and issues come up.  He did what he did for his bro, and I love him for that.”