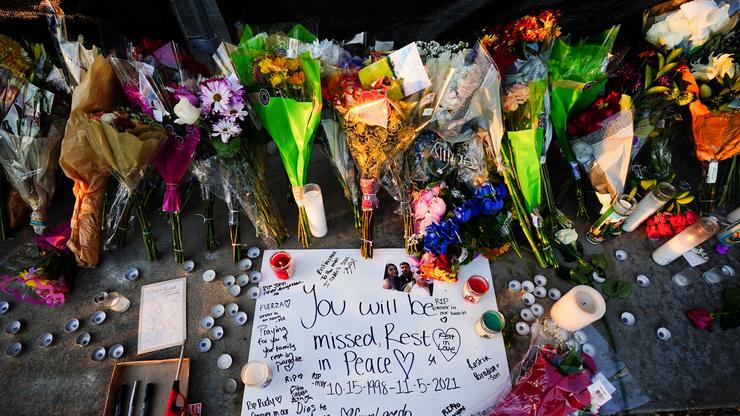 The death toll from the AstroFest tragedy has risen to nine.

As more and more stories continue to come forward from those that attended Astroworld Festival in Houston, Texas last weekend, those who weren’t at the event are beginning to put together a better picture of what things were really like at the concert. As you’ve likely heard, a mass casualty incident took place, resulting in the death of nine young people, and the traumatization of thousands.

Earlier this week, TMZ shared footage that shows a group from Houston PD, standing near the stage as Travis Scott and Drake performed a track from Certified Lover Boy. The local fire chief reportedly declared the severity of the event at 9:38 PM, and the time stamp from the video footage of the officers shows that they were recording their surroundings and the show on their phones as late as 9:57 PM.

It seems as though authorities were unaware of the chaos unfolding not far from them, which bodes well for Scott, who also says that he had no idea people were dying in the crowd. As we’ve previously reported, some attendees attempted to inform production about the situation, even going so far as to rush a camera man, but they were brushed off and left to fend for themselves.

The gossip site also points out that there have been plenty of inconsistencies in the information released so far. The rapper’s legal representative, Ed McPherson said, “Houston Police Chief Troy Finner was quoted in the New York Times as saying, ‘You cannot just close when you got 50,000 and over 50,000 individuals. We have to worry about rioting, riots, when you have a group that’s that young.’ Yet, just a short time later, Chief Finner states the responsibility to stop the show falls on Travis.”

He also added, “Investigations should start proceeding over fingerpointing so that together, we can identify exactly what transpired and how we can prevent anything like this from happening again.”

RIP to the nine lives lost. Stay tuned to HNHH for more updates on the Astroworld investigation.