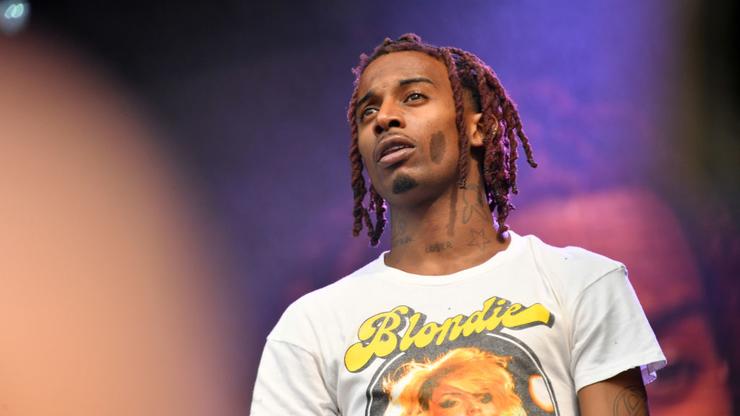 Playboi Carti was recently present at a football practice between Cam Newton, Odell Beckham Jr., and a few other players. One photo has been circulating on social media that shows them all dapping each other up at the end the workout. While the main storyline here is that Cam was throwing passes to OBJ, people are more focused on whatever Carti was wearing during the practice.

Making sure that he stood out, the 23-year-old father wore what appears to be a velvet crop top, showing f his flat tummy. He placed a black beanie atop his head with some pitch-dark sunglasses. A pair blue cropped sweatpants balanced over his hips with some work boots on his feet.

We’re not sure what he was thinking as he prepared to hitch a ride to the football field but we can’t imagine this being a smart outfit to be running around in. In fact, this is probably one the worst outfits he could have picked to play football.

One thing that people are remarking from the picture is Cam Newton’s facial expression. He’s looking slightly in Carti’s direction with a look on his face that speaks volumes, almost as though he were thinking, “Damn boy, this man really in a crop top?”

Is Carti starting a new wave? Do you mess with his ‘fit?