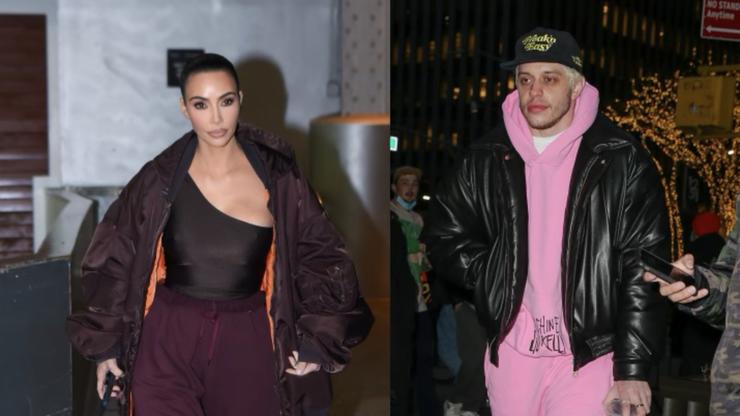 The comedian has reportedly also taken the car to get weed and new jewelry.

Pete Davidson and Kim Kardashian are spending Christmas together – sort of. The 28-year-old has been spotted driving around in his girlfriend’s unmissable Rolls Royce in California, most recently stopping by 7-Eleven earlier today to grab himself some cigarettes.

Paparazzi snapped photos of the Saturday Night Live star, who is staying in a hotel while visiting the west coast for the holidays, pulling up to a convenience store to grab his necessities, TMZ reports. Every year, the Kardashian family hosts a large Christmas Eve soiree, but this year’s event was scaled back due to the Omicron variant spread that’s been happening as of late. Davidson wasn’t in attendance, and neither were a ton of other familiar faces.

Speaking of scaled back, yesterday, Kim shared her family’s annual holiday card which saw only her and Khloe with their mother Kris and a handful of the Kardashian kids. For the past decade or so, as many members of the Kardashian clan as possible have gathered to pose for a Christmas card, but as they continue to expand, and life gets in the way, it’s become trickier to get everyone in the same place at once.

Davidson and his girlfriend have been taking turns jet-setting across the country to see one another as their relationship progresses. Initially, the mother of four was in New York City rehearsing for SNL, and over the past few weeks, we’ve seen the pair take on several Staten Island joints, as well as out on brunch dates and walks together in the socialite’s home of Beverly Hills.

The article notes that The King of Staten Island actor has been spotted in the RR on more than one occasion as of late, also allegedly picking up some weed and new jewelry earlier this week.

Check back in with HNHH for more updates on Kim Kardashian and Pete Davidson at a later date.