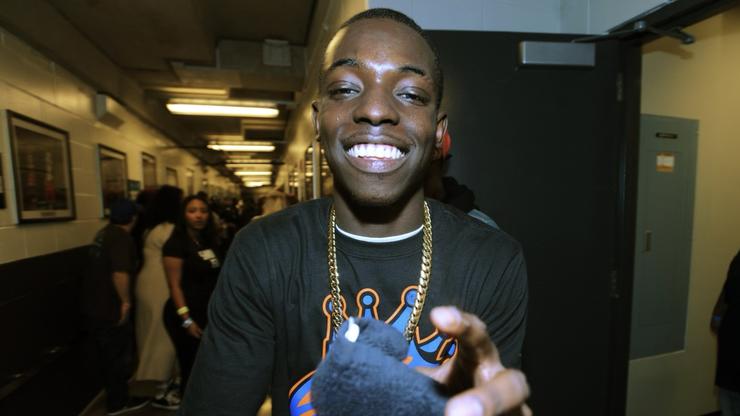 Shmurda advised his followers not to take this holiday for granted.

Bobby Shmurda is expressing his gratitude for finally being home for the holidays. The recording artist spent the past several years behind bars and has been re-experiencing plenty of things for the first time over the last 11 months, including Christmas with his loved ones.

“This my first Christmas home in [seven] years. Don’t take this holiday for granted ya’ll. Hit the people you love! And answer those jail calls,” the 27-year-old his followers on Christmas Day.

In another post, he offered up more holiday-related thoughts, sending “prayers to everyone who got a family to spend their Christmas with and prayers to everyone that lost people and they feeling it right now!!!” He added, “keep pushing!!! God gonna get you through it all. Just have faith.”

After spending so much time incarcerated, Shmurda knows firsthand how difficult the life of an inmate can be, and he regularly encourages his fans to pick up any jail calls they may be receiving from the people in their lives. “Answer those jail calls… You don’t know how much something so small could help a n*gga mental during they bid.”

Following his release from prison in February of this year, the “Hot N*gga” rapper has been using his platform to speak on plenty of important issues, including his struggles with sex addiction. “When I came home, I ain’t gonna lie… I just stopped like a month ago, I was having real sex addict problems,” he revealed in a recent interview.

“I was wylin’. I was having threesomes, foursomes, fivesomes. I had to chill out, like last month I just stopped. I had to cut down. You can’t be playing with people’s feelings like that. Real shit, every time you feel you get mad or something… Listen, [sex is] better than drugs, you know! Better than drugs and shooting people in the streets!”