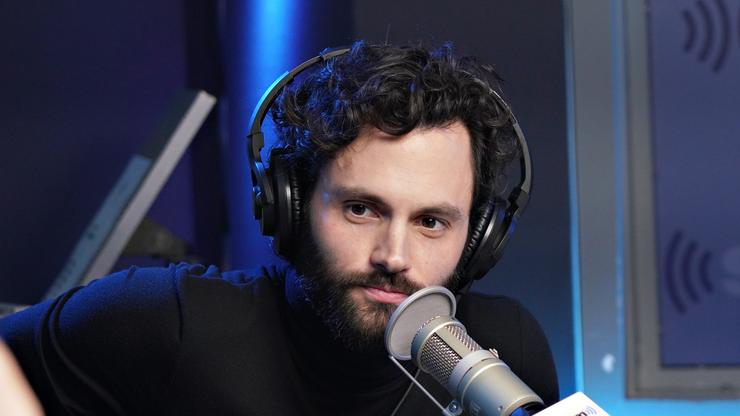 Penn Badgley sat down with Jimmy Kimmel to talk all things Cardi.

Last week, “Up” rapper Cardi B fanned all the way out when “You” star Penn Badglely half-revealed that he is a Cardi stan himself.

During an appearance to promote the third season of “You,” currently the #1 show on Netflix, Badgley went in depth when describing Cardi B’s fanbase.

Upon catching wind of Badgley’s comments, Cardi hopped on Twitter and let her love for Badgley be known.

“OOOOMMFFFGGGGGG HE KNOWS ME !!! OMMMGGGG!!!!!!Yoooo like I’m famous famous,” Cardi wrote in excitement.

Badgley responded with a quick, “I—,” acknowledging the truth that Cardi B is much more famous than he, and in the days since their initial interaction, their bond has only grown stronger.

Cardi changed her Twitter avatar to a picture of Badgley’s “You” character, Joe, and Badgley changed his to a picture of blue-haired Cardi B. And a recent appearance on Jimmy Kimmel Live, the Netflix star spoke about his newfound friendship, as well as a new petition to get the “Bodak Yellow” into the fourth season of “You.”

Badgley played it safe, saying he had no idea whether or not Cardi would appear next season, before Kimmel pitched the idea of Cardi killing Emily in Paris as the plotline for the fourth season. Badgley also acknowledged that there is a real-life, legitimate Change.org petition to land Cardi a role on “You” and sarcastically quipped that the petition is “changing the world.”

Check out Badgley’s full appearance on Jimmy Kimmel Live! below and let us know what you think of his Cardi connection in the comments.