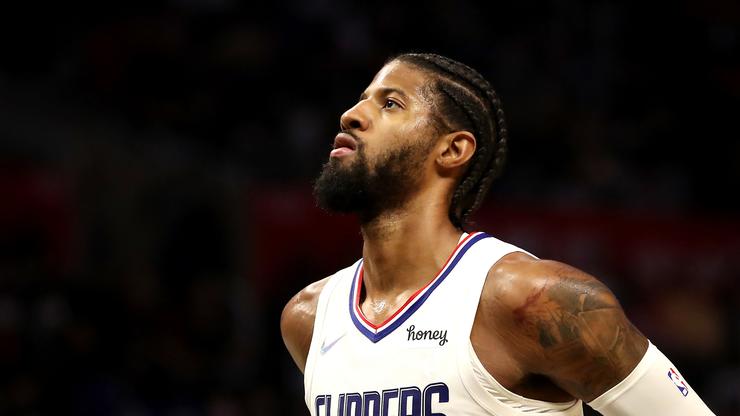 The Crypto.com Arena just doesn’t have the same ring as “The Staples Center.”

The Staples Center is one of the most important sports landmarks in all of Los Angeles, and for years, the name has stuck with people. Now, however, the naming rights are going to Crypto.com, which is an exchange that deals with digital currencies. Crypto.com is now the advertiser on Philadelphia 76ers jerseys, and they are also found in the Octagon at UFC events. With this new deal, Crypto.com will have its very own arena, which means Staples will no longer be referred to as such.

Last night, after the Clippers defeated the San Antonio Spurs, Paul George spoke to reporters about the name change and how he feels about it all. According to Tomer Azarly of ClutchPoints, George believes the change will take a long time to get used to, and that he’s just glad the Clippers will have their own home, soon enough.

“It’ll be weird,” George said. “I grew up, this being Staples, and Staples being the place to play and the place to be. It’ll definitely be weird. It’s just, it’s the same location, but it’s kind of like just stripping the history here by calling it something else. You know, from there going forward, it’s I guess the new history to be written. But it’ll be weird. For sure.”

It’s going to take a while for fans to get used to the new name. In fact, in the hearts and minds of Lakers fans, the arena will always be called the Staples Center.