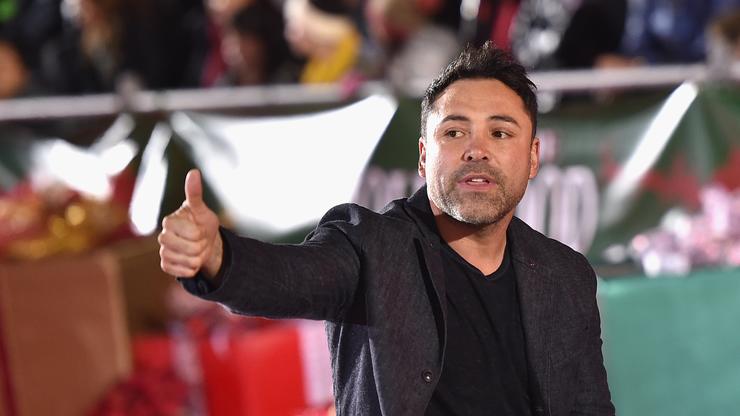 Oscar De La Hoya says that he’s ready to patch things up with Dana White and lay their long-standing beef to rest. The legendary boxer, who has traded personal shots with the UFC President on many occasions over the years, discussed their relationship with TMZ outside of the Christian Louboutin store in Beverly Hills.

“I wanna fix things up with Dana,” De La Hoya told the outlet, while shopping with his girlfriend, Holly Sonders.

He even admits that he was wrong for taking his criticism as far as he has: “I criticized the UFC a bit and I was wrong for it but yeah, I would love to patch things up with Dana and Mayweather.”

The hatred between the two even reached a point in 2021 where De La Hoya demanded to fight White.

De La Hoya and Mayweather have had their own beef with one another. The two squared off in one of the biggest fights of the decade back in 2007. Mayweather won the match by split decision.

De La Hoya also told TMZ that he and Sonders are building a house in Las Vegas, the city where White lives and operates the UFC.

“I have some big plans for Vegas,” he said.