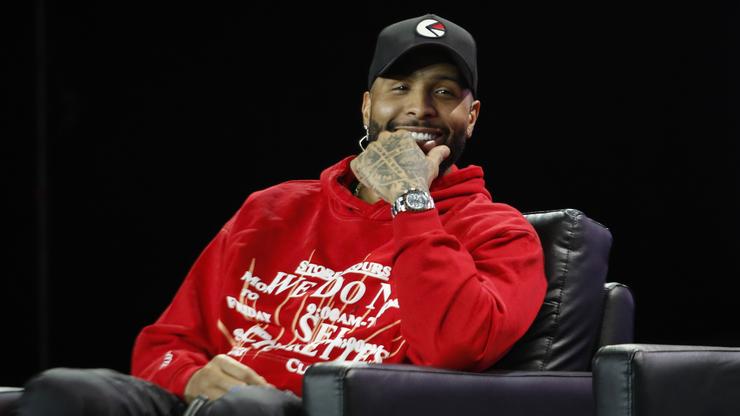 Odell Beckham Jr is one of the best wide receivers in the entire NFL when he is healthy. In the Super Bowl, Beckham Jr. was having himself a pretty incredible game that also included a touchdown catch in the first quarter. Unfortunately, OBJ found himself with yet another torn ACL after a freak incident right before halftime. It was a devastating injury and one that had OBJ distraught over not being able to finish the Super Bowl.

Since that time, Beckham Jr. has undergone successful ACL surgery, and fans are waiting to see which team he will sign with in the offseason. In fact, Odell’s ACL surgery was such a success, that tearing his ACL again was probably the best thing to happen to OBJ’s career.

According to a report from Ian Rapoport, Odell’s first ACL surgery with Cleveland didn’t go so well. However, once OBJ tore his ACL again, he was forced to get a second surgery, which ultimately corrected everything that went wrong during his first time under the knife.

“Beckham tearing his ACL again in the Super Bowl was ‘in a weird way’ a little bit of ‘relief from everyone’ because his knee was able to get fixed correctly. ‘This past surgery went really well, he probably is going to have extended his career just because of this recent surgery,’” Rapoport explained.

Hopefully, OBJ will be back soon, and will even have a decision on where he plans to play next.