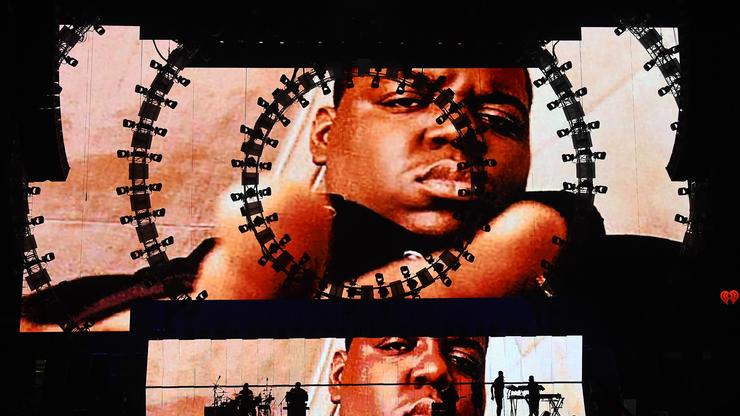 Biggie’s son, CJ Wallace, performed his father’s verse on “One More Chance” at a celebration of Biggie’s 50th birthday alongside Lil Kim and Fat Joe.

CJ Wallace, the son of the legendary Notorious B.I.G., performed his father’s verse on “One More Chance” at Lil Kim’s 2nd Annual B.I.G. Dinner Gala at Guastavino’s in New York City on Friday night. Biggie would’ve celebrated his 50th birthday over the weekend.

Wallace took the stage alongside Lil Kim, Lil Cease, and Fat Joe. Sway Calloway shared a clip of the performance on his Instagram page. Wallace appeared on Sway In The Morning on Saturday.

Earlier in the night, Wallace spoke with People, telling the outlet that his father’s legacy lives on.

“You know how deep the legacy lives on and you know how important it is to the family at the end of the day,” he said, according to the outlet. “He has more than just his bloodline, he has a real distinct family of people that go beyond the grave.”

He added: “He was more than just a rapper more than an artist. He was an educator, he was a poet, obviously a writer. He was a prophet. He was here to do more than just make some songs or record a couple of albums, which is at the end of the day, that’s what he did. And he did way more than that in his spare time.”

The MTA also celebrated Biggie’s 50th birthday by selling limited-edition MetroCards with the legendary rapper printed on them.

Check out Wallace’s performance below.