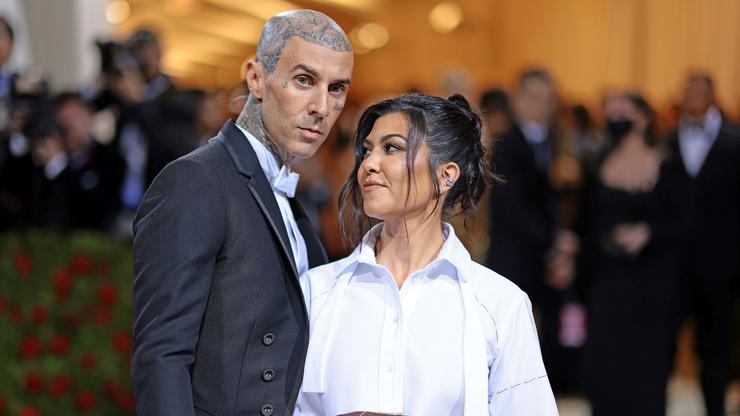 Kourtney Kardashian and Travis Barker brought the Kardashian family to Italy for a wedding ceremony.

Kourtney Kardashian and Travis Barker held an intimate wedding ceremony in Portofino, Italy, on Sunday, May 22, with the rest of the Kardashian family in attendance. Legendary Italian singer Andrea Bocelli reportedly performed at the event.

“Introducing Mr. And Mrs. Barker,” Kourtney captioned a photo from the day on Instagram.

The event was the third wedding ceremony for the couple. Earlier this year, the two appeared to get married at an impromptu ceremony in Las Vegas; however, Kourtney later confirmed it not to be legal. Then, last week, the two were spotted getting married in Santa Barbara. The latter of the two appears to have been a legal technicality ahead of the Italian ceremony.

“They had to legally get married first ahead of their big Italian wedding, which is happening very soon,” a source for People said at the time. “All the details are set and the whole family, including all the kids, are very excited.”

In addition to the Kardashian family, Beyoncé was spotted in Italy prior to the ceremony.

Barker first proposed to Kourtney back in October 2021 on a beach in Montecito, California.

The family’s newest series, The Kardashians, is streaming on Hulu now.

Check out photos from the wedding below.