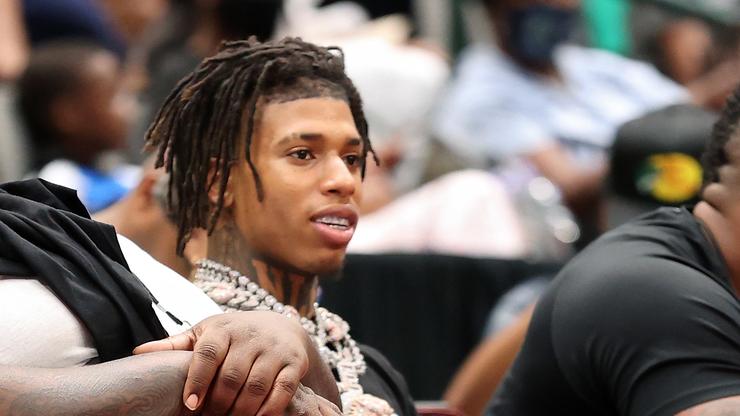 Choppa wasn’t having it.

At NLE Choppa‘s young age, he has always been interested in health and wellness. However, in his quest to find ways for people to lead more nutritious lives, he has stumbled upon controversy often.

The Memphis rapper and proud vegan has always sought natural remedies for ailments or procedures that typically can be routine for the medical field. Recently, he has claimed that he discovered a natural way to substitute BBLs for women with herbs. Also, his distrust in the government and modern medical practices has led him to be anti-vaccination for COVID-19, and he claims he has two herbs that treat erectile dysfunction and obesity.

Following stances such as these, rumors surfaced earlier this week that Choppa was hospitalized after drinking female breast milk, in order to attempt a new “ancestral'” fasting technique. Instagram account @rapstreet.tv posted the story, claiming that the 90-day diet had adverse effects on NLE: “It is being reported that #nlechoppa has allegedly landed himself in the hospital after attempting a 90 day nutritional breast #fast. Reportedly the rapper was motivated to try a new ‘ancestral’ fast, and ended up starting the diet earlier this morning, allegedly beginning his day with a tall glass. It is not clear whether #nle had an allergic reaction or if there was something else in the mix, but it was said the rapper is doing well and is in stable condition.”

NLE soon caught wind of these reports, and took to Instagram on Thursday (Jan. 6) to quell the rumors: “If you believe this you just slow. Stop texting me ‘are you ok.'”

It appears that this was a line NLE Choppa was not willing to cross, and he was never hospitalized in the first place. But, rumors such as this likely began because of his history of obscure health practices.