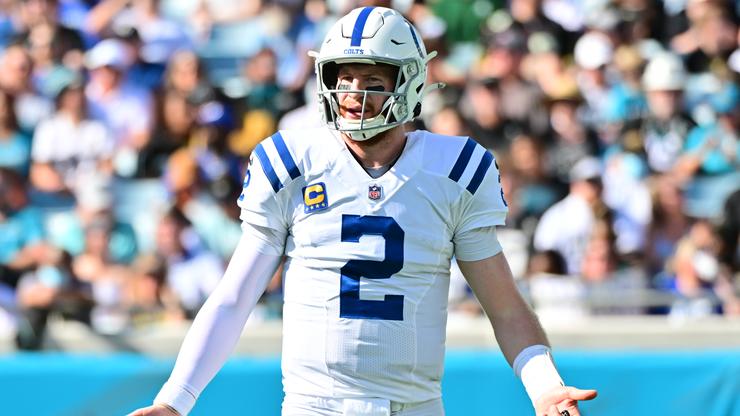 Carson Wentz admitted he was “in disbelief” after the Colts’ shocking loss, Sunday.

Carson Wentz and the Indianapolis Colts fell apart during their regular-season finale, Sunday, against the Jacksonville Jaguars. The Jags won 26-11, knocking the Colts out of playoff contention.

“Sucked, honestly. I’m kind of in disbelief,” Wentz admitted when asked how he felt after the loss. “Hard to fully reflect on everything right now, it happened so fast. It hurts right now. A lot of reflection to come.”

He added: “It’s a bad feeling when you know you were in complete control. It’s a bad, bad feeling.”

Wentz finished the game with 185 yards, 1 touchdown, and 1 interception. The poor performance resulted in questions about his future with the organization after the game.

“I think he’s our quarterback,” head coach Frank Reich said in his postgame news conference. “I think we’re all going to learn and grow from this year. You know, how to utilize every player that we have to the fullest. I think there were a lot of bright moments for Carson.”

Despite the loss, the Colts still had a slim chance to end up in the post-season, had several games gone their way; however, the Pittsburgh Steelers’ overtime victory over the Baltimore Ravens locked in their fate.