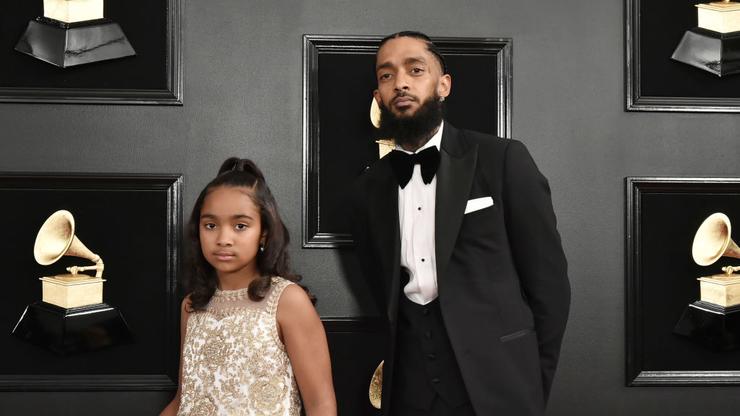 People are shocked to see how big Nipsey’s daughter, Emani, has gotten in her latest TikTok video.

The death of Nipsey Hussle has been a trending topic lately. Since it’s been reported that his alleged murderer, Eric Holder, was attacked in prison, people have been talking about the rapper’s unfortunate passing more and more. While things regarding the case are causing Nip’s name to be brought up, something on the other end of the spectrum is also bringing in attention.

Nipsey, whose real name is Ermias Asghedom, left behind two children– a girl and a boy. His daughter, Emani, was only 10 years old when her father was gunned down in 2019. Now, three years following his tragic death, she is blossoming into a teenager. The 13-year-old shared a video on TikTok, and social media users have been blown away at how big she’s gotten over the years.

While sporting her fluffy afro and wearing a crop top, Emani danced to NBA Youngboy’s “Whap” challenge, a trend that has been viral on the video app for quite some time now. To add some flare to her routine, she pulled a wad of cash out of her pants and spread it out before letting it drop to the ground.

This wouldn’t be the first time she’s amazed the internet. Last October, video footage was posted of her singing Whitney Houston’s “I Will Always Love You,” and gathered quite a reaction from those in the industry like T.I. and YG.

In recent news regarding the late artist’s family, they just opened a dispensary in Los Angeles, California last month. Named “The Marathon Collective,” the spot is something that Nipsey had dreamed of doing for a long time, according to his brother, Samiel Asghedom.