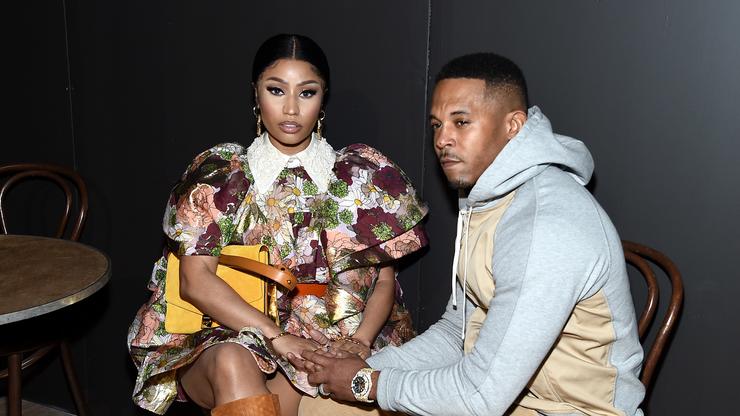 The shorts gotta be comfy.

Nicki Minaj‘s pregnancy announcement wasn’t necessarily the biggest news story in hip-hop over the past few days but perhaps, it was the most positive. Though she’s been relatively low key over the past few months with an apparent album on the way, it seems like she’s also taken time f to get ready to welcome a new child. She hit the ‘Gram with her pregnancy photos which will undoubtedly go down as iconic. Dubbed the “Virgin Mary,” Nicki’s pregnancy pictures were taken by David LaChapelle who’s essentially worked with every major star in the world.

The photos she shared essentially confirmed what fans have been speculating over the past month. The video for 6ix9ine’s “TROLLZ” hit the web last month and though Nicki was essentially half-naked, many couldn’t help but notice that it appeared she was hiding the bottom half. Turns out that was true all along. Earlier today photos the Queen rapper emerged in her first public outing since announcing her pregnancy. With her baby bump showing in full, she brought everything back full circle by wearing a pair shorts from 6ix9ine’s “TROLLZ” merch collection.

Perhaps 6ix9ine’s merch collections are actually quality and that’s what got “TROLLZ” to number one. Check out Nicki’s pics below.