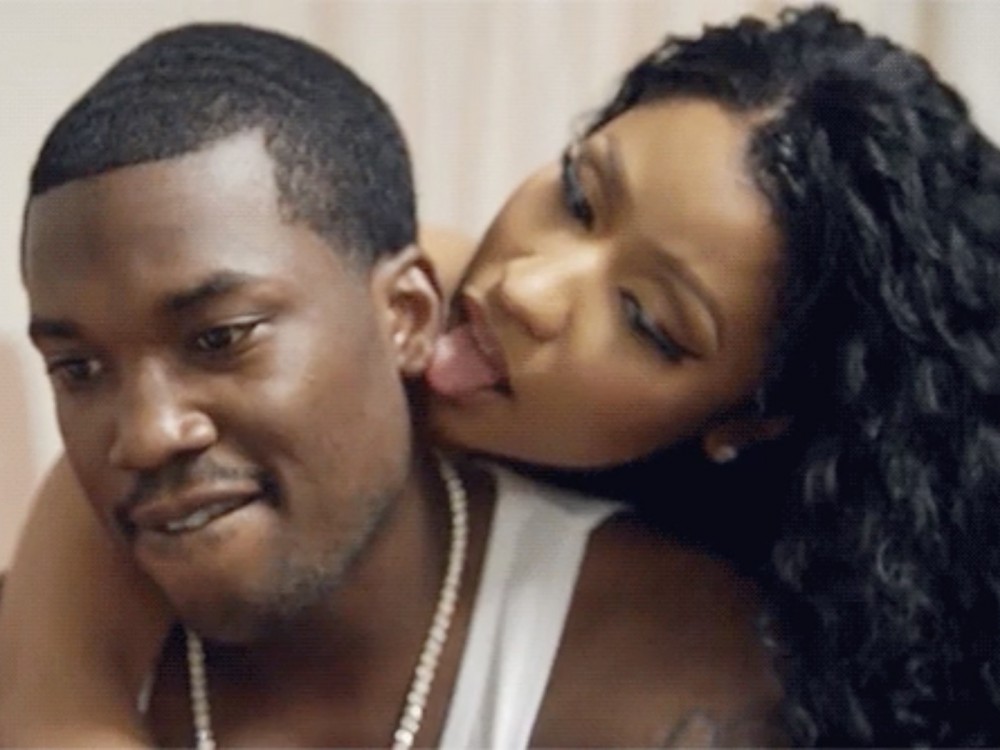 With Nicki Minaj back on the open market after a tough, low-key and unexpected break-up from alleged bae Nas, every gossip blog you can imagine wants to know what’s next for Onika. But before jumping into who Mr. Right is, it’s worth looking at her past runs. Peep a timeline the self-proclaimed Barbie’s wins and losses in relationships presented by Gfycat.]

After dating for less than a year, Nicki Minaj and Nas ended a relationship they never made public in the first place.

Before you can say “that was fast,” let’s travel back in time to get the full scope this whirlwind romance—and revisit Nicki’s past lovers.

The year is 2012. Rumors begin swirling about Nicki and Nas after he starred as her love interest in the song “Right By My Side.”

Here’s where timelines start to overlap. In 2010 we get the first public record Meek and Nicki publicly joking around on the Internet. Even though she was still with Safaree, Meek went as far as to Tweet that he wanted “to get Nicki Minaj knocked up!!! LOL”.

Three years later, Meek and Nicki start appearing in each other’s tracks—as well as Instagram photos. In 2014, Safaree and Nicki endure a messy and public break up.

It’s unconfirmed if their budding friendship fueled the split. After 10+ years dating, Nicki’s next move would be to bounce on to a new boo, right?

One would think. When questioned why Nicki and Meek were hanging out only a month after the breakup, she made it very clear to Ryan Seacrest that she was “single.”

Yet, Meek collabed with her on her third album “The Pinkprint.” By the looks their Instagrams, the two were spending a lot time together, and not just for ficial tour business.

Unable hide his feelings any longer, Meek broke the news in April 2017.

He posted a picture Nicki with the caption: “Find a woman that you think is strong enough 2 help you takeover the world! #richatheartandatpocket #imlucky”.

The two stayed together as Nicki won the BET Award for Best Female Hip-Hop Artist and as Meek Mill beefed with Drake. In January, Nicki Tweeted that she’s single and happy to be focusing on her work. A source said the two had been fighting.

On to the next one. Five years after the music video, Nas and Nicki rekindled their connection. They both posted the same photo them at dinner in May 2017. On Ellen Nicki said she wanted to go a year without dating, but that she might make an exception for him because he’s “so dope.” She also confirmed the two have had “sleepovers.” Uh huh.

December rolled around with no sign a Nicki-Nas baby. Nicki turned 35 and Nas crowned her “The Queen” New York and hip-hop. The pair broke up shortly after, citing the age-old problem: splitting time between LA and New York is too hard.

Who will be Nicki’s next flame? Obviously, we have to throw on-and-f-again friend Drake into the mix.

But Nicki is an eternal career woman. If we know her at all, music will be her top priority—the men are just accessories.