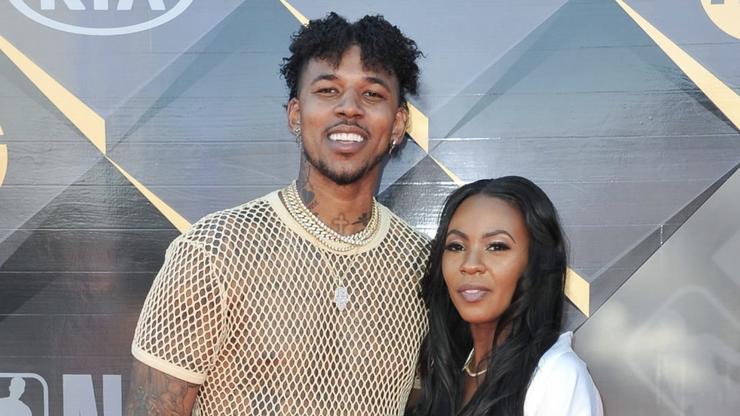 They’ve had a 20-year on-again-off-again relationship, but now that they’re back on, they’re giving the world a glimpse into their home life.

This relationship is no stranger to being the focus of pop culture and reality television fans are getting a more intimate look into the romance between Nick Young and Keonna Green. The high school sweethearts have been in an on-again-off-again relationship for two decades but in recent years, they’ve been happily in love. There was a moment back in 2015 when Young was engaged to Iggy Azalea, but they broke up in 2016 following rumors that he was cheating on the rapper. Later, it was learned that Green was pregnant with Young’s second child and they quickly reconciled.

Now, the pair star on VH1’s Couples Retreat along with other celebrity couples who are looking to vacation while working on their connections. “During a week-long vacation, cast members will take part in an honest and uncensored conversation on how celebrity couples showcase the challenges and triumphs of their relationships, navigating the complex waters of love, heartache and communication,” the show’s description reads.

Comedian Michael Blackson hosts the series along with his fiancée, and now that it has premiered, Young and Green have sat down with Bossip to talk about why they decided to put themselves out there.

“We just wanted to talk to somebody, get away from the kids, and me and her needed one-on-one time, we needed to be around other couples and see what they’re going through and just put everything on the table,” said Young. However, he isn’t looking forward to seeing his more emotional moments play out for the world.

The NBA star also acknowledged that he was happy that Green was able to share her true feelings about what she’s dealt with during their relationship. “I was shocked but I was glad she was able to express how she felt. I thought it was brave for her to tell me how she really felt. I put her through a lot so I knew she had some feelings, but I’m glad she was able to really talk and let some things go.”

Check out a few teasers below.