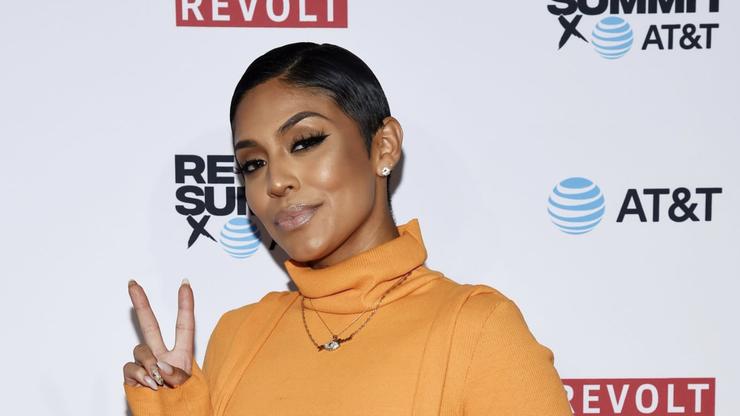 She gave birth to Cannon’s twin last summer and announced that she’s expecting once again.

This is the blended family that keeps on growing. Just when you thought there couldn’t be any more twists and turns in Nick Cannon‘s family tree, one of the mothers of his children, Abby De La Rosa, has made a surprise announcement. It was this time last year when the 31-year-old DJ gave birth to Cannon’s second set of twins, Zion and Zillion. Her babies arrived not too far from the welcoming of Brittany Bell and Alyssa Scott’s children with Cannon, as well.

On Instagram, De La Rosa revealed that she’s expecting once again and promoted her OnlyFans in the process.

In a photo she uploaded, De La Rosa is seen sitting in front of huge letter balloons that spell out the word “baby.”

“IM PREGNANT [smiling hearts emoji] Another set of twins?! Follow me on ONLY FANS to find out more (LINK IN BIO),” she wrote in the caption. “I’ll be posting all the exclusive content and answering the questions ya’ll are dying to know! THANK YOU @yaneth.events FOR THE BEAUTIFUL SURPRISE – YOU KILL IT EVERY TIME!

The question on everyone’s mind is: Are you pregnant by Nick Cannon? However, it doesn’t look like the identity of her unborn child’s father has been revealed just yet. This news comes weeks after rumors surfaced about other women in Cannon’s life being with child, including Lanisha Scott and Alyssa Scott.

However, Cannon has been spotted trotting about with Bre Tiesi, the fifth mother in his crew who will give birth to his eighth child soon.