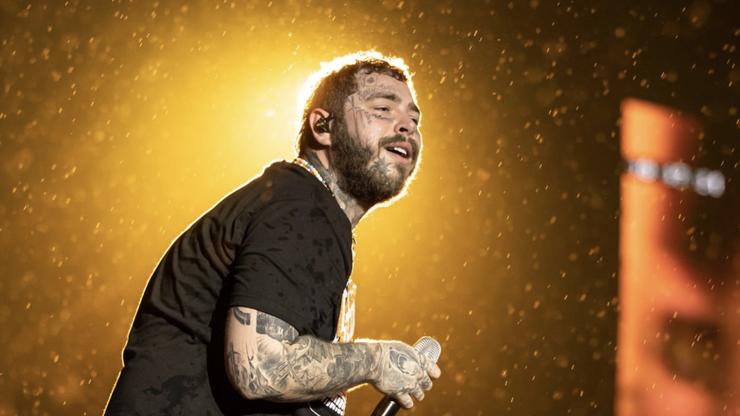 The rapper-rocker’s manager slid in the news while sharing some “#MondayMotivation.”

It’s about that time for some new heat from Post Malone. As reports about his legal drama arise in news cycles, the rocker-rapper’s manager Dre London revealed that a new Post Malone album was on the horizon. London shared a video of himself taking to the tennis court with a few friends, and as he attempted to motivate viewers, he also added a brief mention in the caption.

“Results Or Excuses Choose Your Side! @postmalone album coming next month! What u want in life results or excuses!! #MondayMotivation,” he wrote.

There has yet to be any other information shared about the record, but it will be Post’s first since his 2019 No. 1 hit, Hollywood’s Bleeding. The rock-centered album hosted a star-studded cast of features and London’s announcement has Post’s fans buzzing about what he may come up with next. In a previous interview with Billboard earlier this year, the hitmaker spoke candidly about feeling as if his career was taking a toll.

Elsewhere during that interview, Post emphasized that he is no longer looking to make the numbers that his label pressures him to accomplish with each release. “I don’t need a No. 1; that doesn’t matter to me no more, and at a point, it did.”  We previously reported that Post Malone‘s next album will be titled Twelve Carat Toothache. Check out Dre London’s post below.