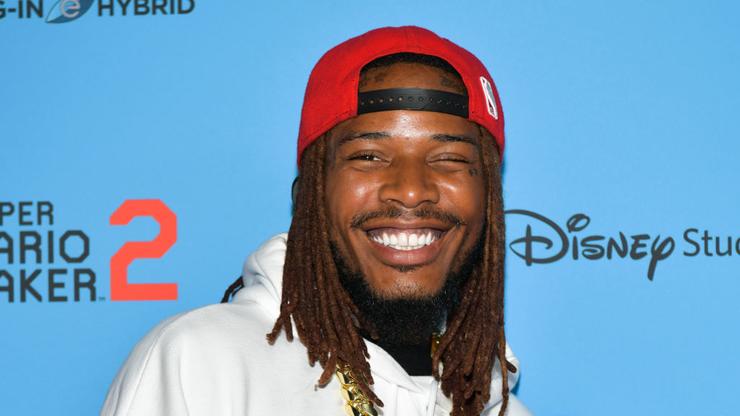 New pics of the “Trap Queen” rapper’s life behind bars have surfaced online.

It’s been two weeks since Fetty Wap was arrested and plead guilty to federal drug charges in New York — a charge that carries a minimum sentence of five years in prison. During his court hearing in Long Island last month, the “Trap Queen” rapper entered his plea to a single count of conspiracy to possess and distribute 500 grams of cocaine. “I agreed with other people to distribute cocaine,” he told the judge. Although no sentencing date has been scheduled, new photos of Fetty’s life behind bars recently surfaced online.

The “My Way” rapped donned a classic brown prison jumpsuit as he stood posted up on the concrete wall, alongside three of his fellow inmates. It was last reported that Fetty was being held at a special housing unit at a Brooklyn federal jail. However, his attorney Elizabeth Macedonio said she was “very concerned about his housing” and that he was subject to the “harshest of conditions.” She also requested that the rapper be transferred to another jail pending sentencing. But prosecutors say the decision to move Fetty to another facility is ultimately up to the Bureau of Prisons and the US Marshals Service.

Fetty Wap‘s charges stem from his October 2021 arrest in which he and  five other co-defendants, were accused of possessing and distributing 220 pounds of heroin, fentanyl, and crack cocaine between June 2019 and June 2020 in New York City. Just before his court date, a judge revoked his bail after the star allegedly threatening to kill someone on FaceTime back in December. Fetty’s attorney shared that his guilty plea is “standard” and the rapper is not cooperating with law enforcement, despite speculation.