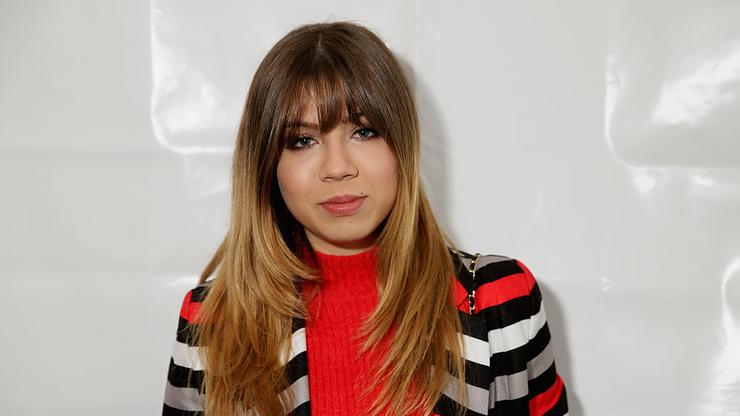 The 30-year old former child star shared details from a disturbing email she received from her late mother.

Jennette McCurdy bravely began sharing her past journey with anorexia and troubled relationship with her mom earlier this year after releasing her critically acclaimed book “I’m Glad My Mom Died” in August. Since then, the former Nickelodeon actress has continued to spread the importance of having a healthy relationship with food, and most of all with yourself.

On Wednesday’s episode of Red Table Talk, Jennette opened up about her years of suffering an eating disorder — a pattern introduced to her by her abusive mom, Debbie, who died of cancer in 2013. The iCarly star told hosts Jada Pinkett Smith, Willow Smith and Adrienne Banfield Norris, “I feel for anybody who relates to this. It’s quite unfortunate, but my mom taught me anorexia. She taught me calorie restriction when I was 11.” McCurdy went on to share how her mom’s health struggles sparked her own health anxiety. “I had felt a lump in my breast that I thought was, ‘Oh, well, my mom had cancer, so I’m probably getting cancer,'” she shared.

The star got even more candid by sharing an email from her late mother, detailing how “disappointed” she was in the young actress. “I am so disappointed in you,” the email began. McCurdy continued on reading, ‘You used to be my perfect little angel, but now you are nothing more than a little’ — all caps — ‘slut, a floozy, all used up.'” In the disturbing email, Jennette’s mom continued to criticize her daughter’s weight, adding that, “To a list of things you are: liar, conniving, evil. You look pudgier too. It’s clear you are eating your guilt.” Despite the abuse, McCurdy says she never stopped loving her mother. Just because I was abused doesn’t mean I don’t love her,” the star shared. “That has been so difficult to grapple with.”