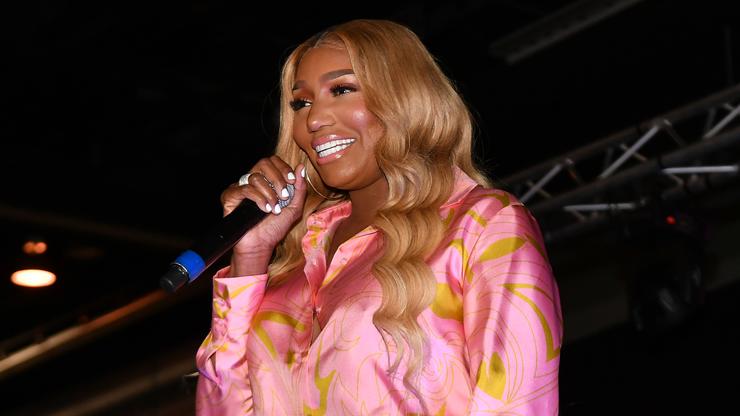 The reality star and her man hit up Mr. Chow for dinner.

Prior to his death earlier this year, Gregg Leakes gave his wife NeNe Leakes his blessing to move on with her life and find happiness again after he succumbed to his battle with cancer. Now, the reality star has stepped out with a new man on her arm, looking the happiest she’s been in months.

TMZ reports that the 54-year-old’s beau is a businessman by the name of Nyonisela Sioh, who she was allegedly introduced to by Peter Thomas. Thomas and Sioh know one another from North Carolina, and the former saw the perfect opportunity to set up his two friends and see if they have what it takes to find a happily ever after for themselves.

Over the weekend NeNe and her man were spotted in Miami, grabbing dinner at Mr. Chow as they celebrated his birthday. Paparazzi photos show them holding hands, The Real Housewives of Atlanta alum rocking a bold leopard print catsuit with a black belt to accentuate her curves. The birthday boy also dressed up, carrying a celebratory cigar in his hand.

The gossip site notes that when it was the New York native’s turn to celebrate her birthday last week in Atlanta, she and Sioh also turned heads as they tore up the dance floor together. “This year I didn’t want to celebrate my birthday in a big way,” she told her followers along with a photo dump.

“I just wanted to chill with a few [loved] ones but my fam would NOT let it be that way! My son decided to throw me a surprise party! This is the first party he has ever thrown me! He did so GOOD! Love you @kingbrentt… I love all of y’all for loving me and making sure [I’m] good during this time.”

Swipe through the carousel below to see photos of NeNe, her friends, and her new boyfriend celebrating her 54th birthday.