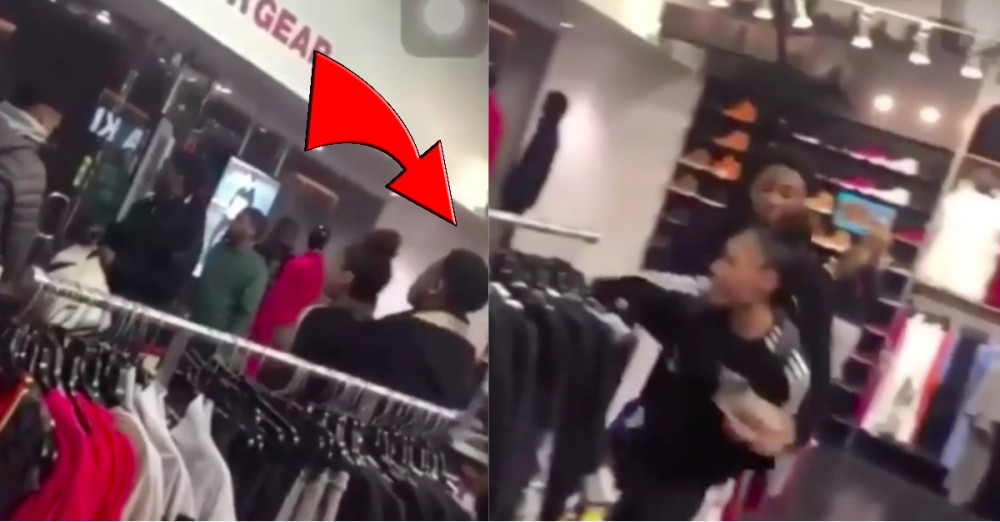 NBA Youngboy squared up on someone while out shopping, and not even his girlfriend could stand in between him and a fade.

In a pair videos, Youngboy Never Broke Again can be seen jawing at some Chicago-ite who clearly doesn’t realize that the rapper just caught a 10-year suspended sentence for attempted murder. The order events is unclear, but the same group can be seen gathering around NBA and his girlfriend at the escalator in the middle a mall and again near the door a shop.

When NBA’s girlfriend tries to stand in between him and the trash-talker at the shop, he flings her out the way and into a rack clothing.