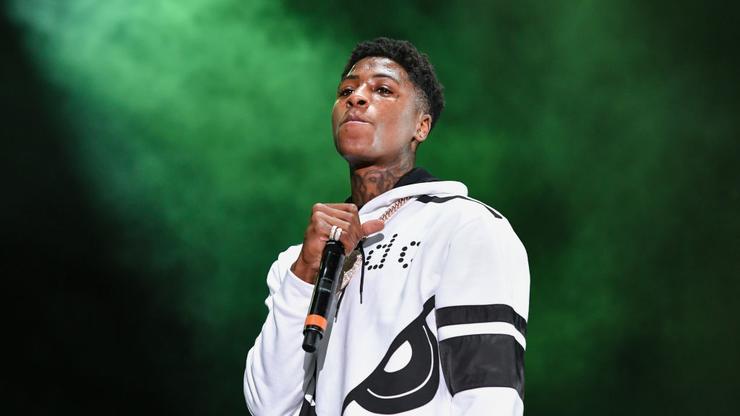 YB shared a new single and music video, called “Purge Me” along with the exciting news.

From the looks of things, NBA YoungBoy is in the midst of an unofficial competition with Nick Cannon to see who can father the most children first, though the latter remains ahead – for now.

On Sunday (September 4), the Baton Rouge native continued his streak of surprise musical releases, sharing a new song and accompanying music video called “Purge Me,” providing his fan base with a more intimate look at his life at home while also showing off his pregnant fiancée, Jazlyn Mychelle.

As HipHopDX reports, YB’s post seems to be an indication that he’s expecting his ninth child (and his second with his current partner). Aside from the new track, he also hopped on Instagram to share a new photo dump, captioned “Dangerous Love.”

The 22-year-old began with a snap of him smiling by the pool in a white and yellow outfit, followed by mirror selfies taken with two of his children – a little boy and even younger girl, a major flex of some of his fancy toys, stacks of cash and iced out jewellery, and finally, a close-up image of Mychelle’s growing baby belly and her larger than life engagement ring.

YB proposed to his social media star girlfriend (who is also in her early 20s) in the top half of 2022, after sparking rumours with a hefty purchase from Shyne Jewelers in Philadelphia.

It’s been said that the Colors hitmaker is currently a father of eight children – five sons and three daughters – via seven different women.

What are your thoughts on NeverBrokeAgain continuing to expand his family? Sound off in the comments below, and tap back in with HNHH later for more hip-hop news updates.