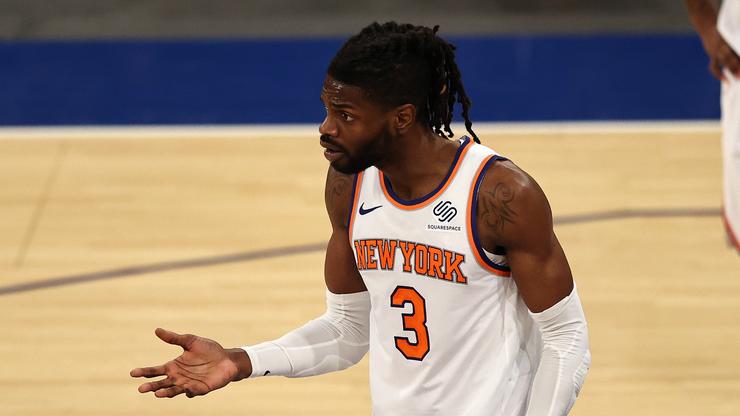 While some agents are happy about the Rich Paul lawsuit, some are still placing blame on Nerlens Noel.

Earlier this week, it was reported that Nerlens Noel of the New York Knicks would be suing Rich Paul for lost wages. Noel infamously turned down a $58 million contract because the Klutch Sports agent told him to bet on himself. In the end, this did not turn out well for Noel as he got injured and ultimately had to take a weaker contract. Since receiving that advice, Noel has cut ties with Paul and has consistently spoken out about the agent’s mishandling of his situation.

In the aftermath of this lawsuit, many NBA agents are excited about what’s happening to Paul. The Klutch Sports founder is not well-liked around the league, and many find this suit amusing. According to Bleacher Report, however, there is at least one agent who thinks Noel is the one at fault for this whole mess.

“The truth is Nerlens Noel is not innocent in this,” another agent said. “If you’re silly enough to turn down that kind of money, that’s not on Rich.”

Paul’s defense would be simple: An agent can never be held accountable for accurately predicting the future. He was providing a client with counsel, counsel that Noel did not have to accept, and if Noel did not suffer an injury, he very well could have garnered a richer deal.

At this point, there is no telling what will happen in the lawsuit, although it will be hard for Noel to prove that Paul is responsible for his career path. After all, players have final say on whether or not they accept a new contract.