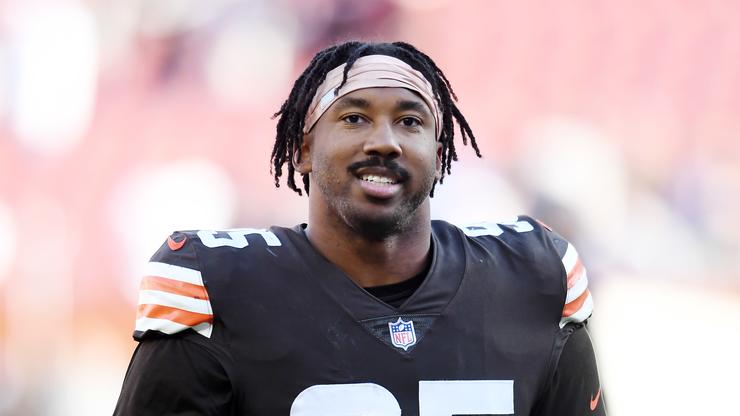 Myles Garrett is one of the best defensive stars in the NFL right now and he is certainly a scary guy to line up against. Over the past few years, he has made it very difficult to be an opposing quarterback, and his sack count is something to behold. He is also the type of guy who likes to remind opposing QBs of what he can do, so it should be no surprise that he offered up some interesting taunts in his latest Halloween costume.

Yesterday, Garrett showed up to his game against the Pittsburgh Steelers wearing a grim reaper outfit that featured a cape filled with names of quarterbacks he had previously sacked. It was certainly a unique costume and one that got a lot of people talking on social media.

Unfortunately for Garrett, the costume didn’t exactly work out in his favor as the Browns still ended up losing the game by a score of 15-10. This was mostly due to struggles on offense, although it’s clear that Ben Roethlisberger and the Steelers ended up getting the last laugh. Regardless, it was a cool costume that will certainly remain memorable for years to come.

Garrett even had QB tombstones on his property for Halloween, which just goes to show how far he was willing to take this bit. Let us know what you thought about the defensive star’s costume, in the comments below.