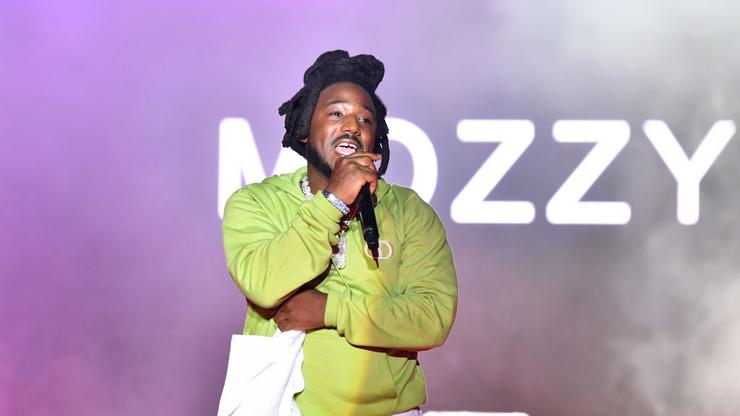 The California native has a projected release date of July 23, 2023.

Last weekend, Mozzy delivered his highly anticipated Survivor’s Guilt project, and though it’s been well received by audiences, the California native won’t get to celebrate in a traditional way; rather, he’ll be spending the next year of his life behind bars.

As The Sacramento Update reports, on Thursday (July 28), the “In My Face” hitmaker – born Timothy Cornell Patterson – was confirmed to have entered the Bureau of Prisons’ custody “at the United States Penitentiary Atwater,” with a spokesperson also noting that “he has a projected release date of July 23, 2023.”

Mozzy’s charges stem from a January 2021 traffic stop in Culver City, California, when he was pulled over for violating traffic laws and ultimately had his vehicle searched after cops smelt burnt marijuana.

Authorities uncovered a Glock 26, 16 rounds of 9mm ammunition, and a “personal use” amount of marijuana, resulting in the 35-year-old being booked and later released on $35K bail.

The District Attorney’s Office would eventually reject the rapper’s case and instead referred it to an L.A. U.S. Attorney’s office. Later on, U.S. Marshals picked Mozzy up at an unrelated court appearance in Las Vegas and he and his wife went half on a $1M appearance bond, allowing him to bond out of the federal charge.

In January this year, the Sherman Oaks resident pleaded guilty to the gun charges while his lawyers asked for a probation sentence. They cited the recording artist’s ties to the Sacramento community, as well as a study that finds murder to be the leading cause of death among rappers.

“Absent an attack on him or his family, he would never use the firearm; thus there is virtually no danger to society,” Mozzy’s legal team argued, also pointing out that he was born into “poverty, neglect, and drug addiction.”

Family members are said to have written Judge Percy Anderson in Lil Tim’s defence, and he himself even wrote a letter calling the gun charge a “mistake.”

“This case made me realize that everything I have accomplished and built can be taken away because of a single mistake or lapse in judgment,” Mozzy penned. “I once read that, ‘a stumble may prevent a fall.’ I believe this was my ‘stumble’ which will prevent me from taking a ‘fall’. I think I needed something like this to give a little more structure to my life.”

In the hours since the news was published, the rapper’s team has shared a statement on his behalf. “Life comes at you fast. Sometimes shit gets real & you gotta take that deal. It’ll get slimy out here. Appreciate my loved ones. Chin up, chest out. Love you the most.”

Tap back in with HNHH later for any updates on Mozzy’s federal gun charge and his time in prison.