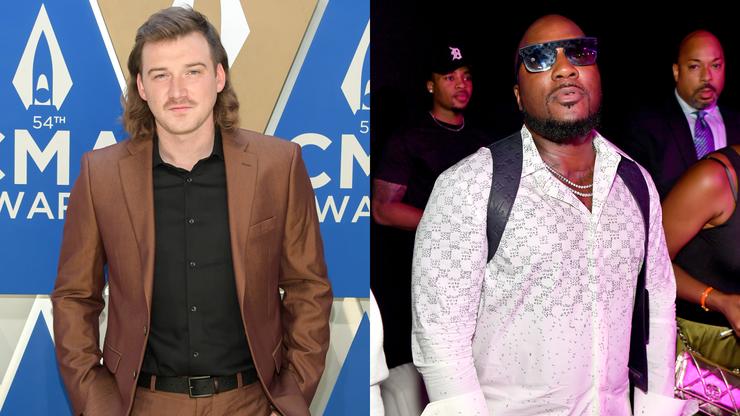 The 29-year-old Tennessee country star is a big fan of the Atlanta rap legend.

Country-rap crossovers are nothing new, even if they always get an online buzz due to the demographic mix-up. The latest iteration of the country-hip-hop team-up comes from Morgan Wallen. The country star brought out Jeezy for his tour stop in Atlanta, where Morgan and fellow country star Hardy shotgunned beers on stage while Jeezy poured a shot. Jeezy’s last performance was during the 2022 Dreamville Fest in April.

Morgan Wallen is apparently a big fan of Jeezy, tweeting back in 2012 that the Atlanta trapper is his “favorite to listen to right now.” The fan became a host during this show, as Wallen had his team play the classic “Put On” as Jeezy walked onstage to crowd roars and cheers.

The full-circle moment continued backstage, where Morgan and Jeezy had a chance to kick it. They talked about music and common interests, and Jeezy showed himself to be a fan of Wallen’s work, too. Jeezy praised Morgan’s hit “Whiskey Glasses” while talking to TMZ, saying “that was my s**t.”

Jeezy is well-known as one of Atlanta trap’s foremost exponents. His definitive mixtapes with DJ Drama helped lay the groundwork for trap and the South’s dominance in hip-hop during the 2000s, an era that still inspires debate and conversation in the culture to this day.

Speaking of legendary mixtapes, Jeezy will join Lil Wayne, Fat Joe, A$AP Rocky, and more on an upcoming documentary covering mixtapes and their impact on hip-hop. If somebody can drop classic tapes and get love from a completely different genre, you know they’ve reached Jeezy status.