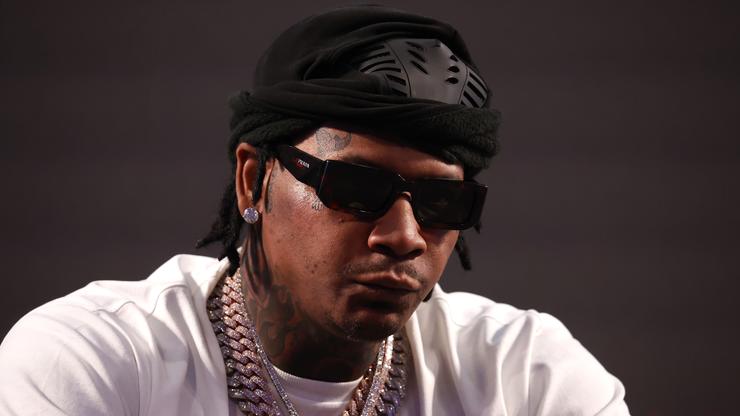 The Memphis native played an unreleased track for his social media followers.

Fans have been anxiously awaiting new music from Moneybagg Yo since the release of his 2021 project A Gangsta’s Pain. Judging by his recent moves on social media, brand new music from the Memphis rapper may be on the way. On Monday (September 19), Bagg shared a video of himself in a car, rapping along to one of his unreleased tracks.

No word on when the platinum-selling star plans to drop a follow-up project to AGP, however, he has been showing himself in the studio a lot in recent weeks. He even shared a funny clip of himself jokingly flexing his guitar skills as he prepared to hop in the booth.

It’s been a cryptic few weeks for Moneybagg Yo on the personal level. Last month, fans speculated that he and Ari Fletcher had split after and accused him of taking back the car he purchased for her. Ari denied the speculations, despite tweeting that she was “single” a few weeks prior. On September 12, Bagg made headlines after posting and deleting a photo of a pregnant woman holding her baby bump while rocking an iced out diamond ring.

Fans also recall the Instagram influencer boasting about receiving a 22-carat diamond ring from her beau back in February. “A f***ing 22 carat diamond for me??!! It’s so big I’m scared to wear it,” she tweeted. Neither Ari nor Moneybagg have confirmed or denied the speculations. However, Bagg has since deleted all the photos from his Instagram page.