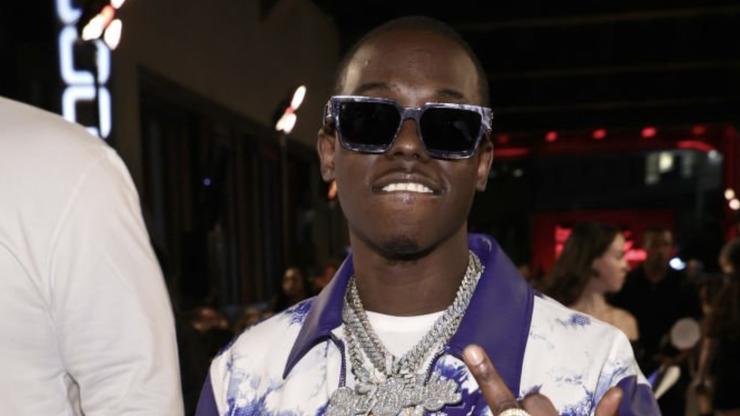 A “joke” by Xavier Raza turned into social media chaos for the rapper, and now Raza is back with a detailed apology after allegedly receiving death threats.

People online like to troll and tease entertainers, but one man is issuing a public apology after causing havoc for Bobby Shmurda. The New York rapper’s social media antics are a regular occurrence, so when Shmurda shared a post where he was laying in bed with a few lady friends, it wasn’t that big of a deal. Yet, there were people who teased him about the woman next to him with her face covered and began to spread rumors that it was a man.

Soon, the gossip became a trending topic, and people were firing off jokes about Shmurda being gay. He reacted to the attention by stating that this was nothing more than a ploy to take him down. “When the hate don’t work, they start telling lies,” he wrote. Shmurda added now that he’s independent, the powers that be were trying to ruin his career.

Someone who surfaced during the conversations is a social media user named Xavier Raza. He decided to have a bit of fun at Shmurda’s expense and went to Twitter to claim that it was him who was in the bed next to the rapper. Unsurprisingly, he found his comment sections and mentions flooded with responses after going viral, and not everyone was laughing.

Today (September 19), Raza has returned to Instagram and his page has been wiped clean aside from a lengthy statement where he apologizes to Shmurda for lying.

“I owe everybody an explanation but most importantly I owe an apology to Bobby Shmurda and his fans,” wrote Raza. “I’m sorry for everything that’s going on and confusion I have caused anyone this past weekend. That was NOT me in the video. What was meant to be a harmless joke, shook the internet. I never thought my post would go viral and it was never my intention to mislead anyone.”

Raza went on to say that since his post circulated, he’s received death threats.

Read it in full below.