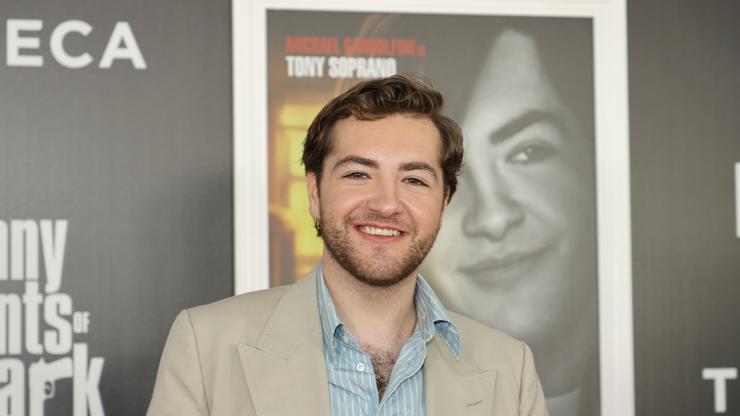 When James Gandolfini tragically passed away in 2013, the world mourned the loss of an incredible actor and arguably the greatest television character of all time, Tony Soprano.

Gandolfini’s Soprano, the star and anchor of HBO’s The Sopranos, combined ruthlessness, shrewdness and fearfulness into one character and captivated viewers across the country for seasons at a time. Unfortunately, because of the most-insane cliff hanger series’ finale of all time, we never found out what happened to Tony Soprano. Some believe he went about his business, some believe that last glance towards that restaurant door was the end of the television mob boss.

Either way, it has never been revealed what happened to Tony following the series finale but Sopranos fans have been happy to learn that we will learn about Tony before The Sopranos, and another Gandolfini will be responsible for telling the story.

In the upcoming film, The Many Saints of Newark, billed as a sort-of prequel to the hallowed Sopranos franchise, Michael Gandolfini, James’ 22-year-old son is set to play a young Tony Soprano.

Just days before the film’s release on October 1, the newest face of The Soprano legacy stopped by The Tonight Show starring Jimmy Fallon to talk about stepping into his father’s role and how growing up around the original show helped him prepare to be Tony.

Calling it “surreal” to play “one of the greatest characters,” Gandolfini acknowledged some initial hesitation to accept the role and his desire not to be overshadowed by his father’s performance as the OG Tony Soprano.

“I thought, not only because I want to be my own actor (and) my own person, but also I had never seen the show so I didn’t even know what Tony was,” the young actor told Fallon. “The show was like a jungle gym to me … That’s sort of what I knew. I had grown up on the set but set to me was, you know, being in my dad’s trailer. And Tony Soprano was no more than, like, my dad eating a sandwich in a robe.”

However, after dissecting the character, Gandolfini said he accepted the role, watched the entire Sopranos series from front to back and in just one day, will transform into a version of Tony Soprano we’ve never seen before.

The Many Saints of Newark, releasing in theaters and on HBO Max, is set in the 60s and 70s and will presumably paint the picture of how Soprano secured his spot atop HBO’s fictional version of New Jersey’s Italian mafia.

Check out The Many Saints of Newark when it drops tomorrow and let us know what you’re expecting from Michael Gandolfini in the comments.