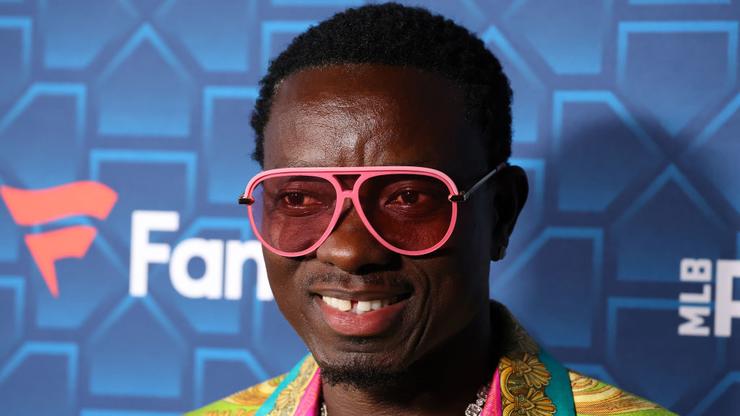 “Let me know how you want to handle this Katt.”

The comedy world can be a tricky playing field. What one person deems as a lighthearted joke, another would take offense to — just ask Chris Rock. Comedian Michael Blackson learned that the hard way earlier this week when he featured alongside Katt Williams on Wild N’ Out. According to the Couple’s Retreat star, Katt verbally attacked him while filming the popular improv show, after being upset about comments Blackson made about him on Drink Champs last year.

After wrapping Wild N’ Out, Michael Blackson took to social media to address his Repos co star, sharing, “Life is too short to be beefing especially with people you love. I love every comedian like a brother, sometimes we say things about each other and it comes out the wrong way but we don’t mean no harm.” He went on to clarify his statements on Drink Champs in which he praised Katt for being likable, despite that he “did crack and fought a 10-year old boy.” “Katt took it as insult and I had no idea he was still mad till we met on the taping of Wild N Out yesterday. Non of the cast including Nick had no idea we were beefing,” Blackson tweeted.

However, his message for the Emmy nominated comedian didn’t end there. He continued, “I tried to keep it fun so people won’t know we had problem with each other but that midget Neega kept going hard lol smh. We go back from the Friday movies, then Repos to Meet the blacks not counting the few tours we’ve done together.” Michael Blackson ended his the thread, attempting to make amends with his comedy comrade. “Let me know how you want to handle this Katt, I’m down with a VS on stage or you can just fight my 15 yr old son.”

Katt Williams has yet to respond to claims. Catch season 18 of Wild N’ Out, airing Tuesdays on VH1 and MTV 2.