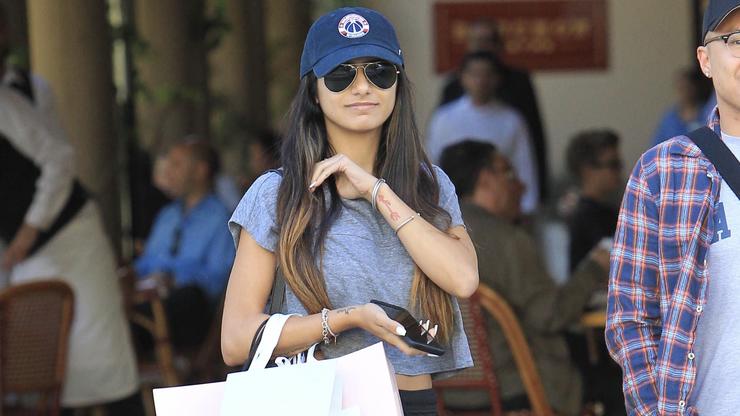 When she was just 21, Mia Khalifa spent 3 months working in the adult film industry. During this time, she starred in a total of 12 films that have since gone on to generate millions of dollars. Unfortunately for Khalifa, she only saw a $12,000 pay check (or $1,000 per scene) for her work.

In a new interview with Yahoo Life, the 28-year-old opened up about what it was really like to be exploited within the industry, how she found her own self confidence, and why she made the decision to start an OnlyFans account.

“I was looking to other people to put value on myself. I was looking for validation in every crevice that I could, without actually doing internal work,” Khalifa said during her interview. “I was naive, vulnerable, and malleable. Very easily talked into things, especially if it was by a man.”

“What I can take away from this is protecting other women and being a cautionary tale,” she said. “I was overweight and I didn’t really have very many friends. I didn’t look like everyone else who was around me and that led me into a relationship that I should not have entered. And those were the steps that led me to the adult industry.”

Nowadays, Khalifa has been reclaiming her power by sharing her story and connecting with women on apps like TikTok, which she says is “better than therapy.”

“The women who tell their stories, who are brave enough to put their face on the internet and share their experiences, that is where my confidence comes from. That’s been the biggest key to battling with my own shame — seeing all of these women who have been through things that are a lot worse than I have and come out, like, fighting, with skin under their nails.”

“I trust the people who I’m sending my content out to, to the point where even if it leaks, I’m not too worried about it because I’m proud of what I’m putting out there.”

The 28-year-old has come to terms with the fact that she can’t change the past, but she’s doing all that she can to move forward into a brighter, more empowered future.

Check out a video of Mia Khalifa getting real about the adult entertainment industry below.