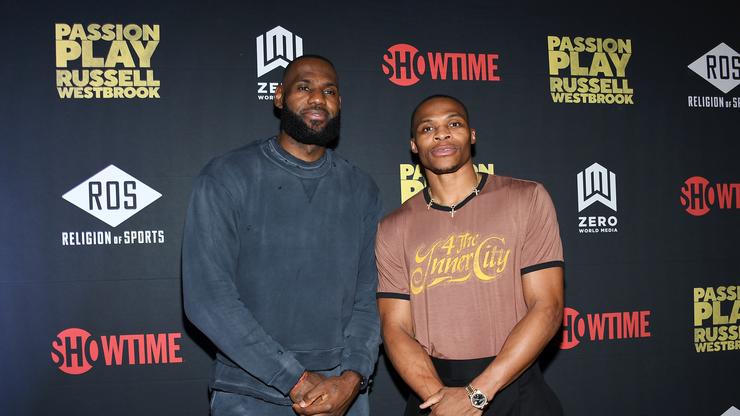 LeBron James likes what he sees from the new crop of Lakers stars.

LeBron James is one of the best athletes in the world right now and at the age of 36, he is looking to do some serious damage out on the court. The NBA star is turning 37 years old and in his 19th season in the league, he hopes to win a title with the Los Angeles Lakers. The team has made some serious changes in the offseason, and there are some new plays on board that will certainly help the team go far.

Throughout the preseason, the Lakers have been playing various rookies, including the likes of Austin Reaves, who went undrafted. Recently, the team gave Reaves a standard contract after being placed on a two-way deal at first. He has even caught the attention of LeBron, who told reporters just how much he loves the 23-year-old.

“He’s an NBA player. He can play at this level. I watched a lot of film on him when we (signed) him. His size … shot making ability …passing … High IQ kid, and he has a lot of dog in him,” James explained. This is high praise from one of the greatest to ever do it, and if you’re Reaves, you can’t help but feel good right now.

The Lakers have a lot to be excited about heading into this season, and while Reaves might not get a ton of playing time, there is no doubt that he is on his way to becoming a fan favorite in the city.