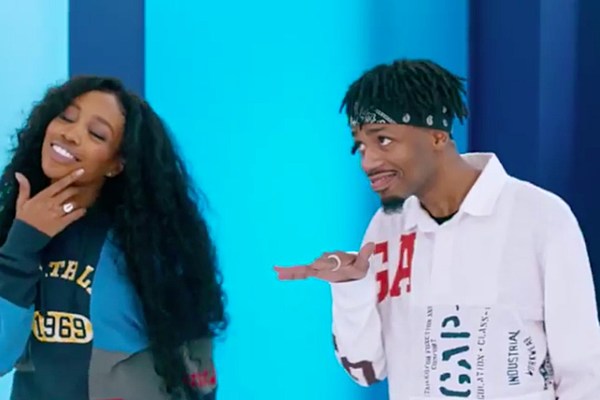 Between his joint project with 21 Savage and Offset, a collab album with Big Sean and his production countless hit singles, Metro Boomin has positioned himself as perhaps the most famous all contemporary rap producers. He continues staking his claim for that title by appearing in a new ad for Gap.

The ad, which is part Gap's new Logo Remix campaign designed to celebrate the brand's 50th anniversary by "remixing" Gap logos from the past, finds Metro, SZA and other contemporary entertainment luminaries dancing to a modernized version  Thompson Twins’ “Hold Me Now." Metro Boomin remixed the track.

"For almost 50 years, our iconic logo has represented our heritage," Gap says in the caption for an Instagram post featuring the new ad. To celebrate this special new collection showcasing its evolution, we brought together a cast the world’s leading culture remixers. Shop the collection at gap.com on 1/27."

We have to say, Metro and SZA both look pretty fresh.

Check out the new ad below.