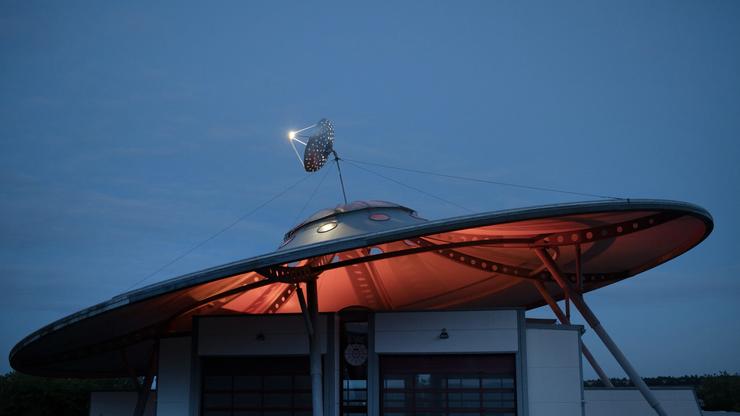 “It’s really considerate the aliens aren’t going to make us wait until later in the year,” one Twitter user wrote.

2021 was full of interesting headlines – so many, in fact, that it seems some people have forgotten about the government dubbing past UFO sightings as legitimate back in the spring. As we enter into the new year, it looks like extraterrestrials may become one of the major subplots of 2022, as a video of a witness comedically reacting to a strange aircraft has surfaced online.

It’s not clear exactly what we’re looking at in the sky, but as the article points out, “they don’t appear to be planes, and it’s the latest in a string of unidentified objects being spotted in our skies.” Not long before, the outlet received footage of “a swarm of lights darting around the airspace above Chino Hills, CA, looking like giant orbs in the heavens.”

A pilot also recently recorded what appeared to be “a fleet of UFOs” over the Pacific, and the Department of Defense has announced that it’s launching a new UFO task force.

On top of that, Dazed recently reported that NASA has hired a group of theologians who are working together to “prepare humanity for alien contact.” Read more about that here, and let us know what you think about the latest UFO sighting in the comments.