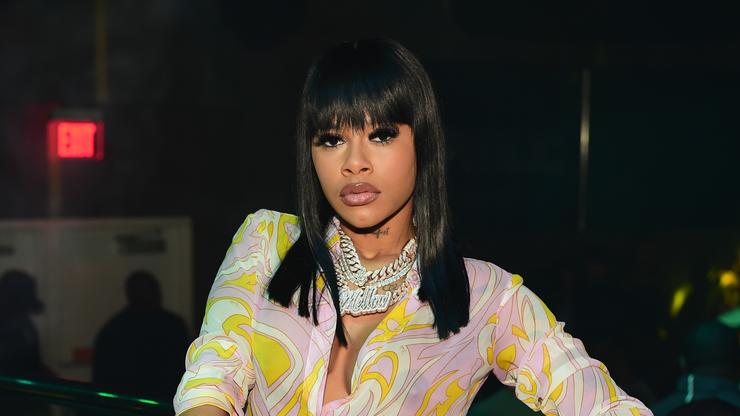 It is unclear when this allegedly occurred, but it reportedly happened after she met up with a man for a date.

Rappers have to constantly be on their guard as they regularly move from one city to another, and according to reports, Mellow Rackz was the latest artist to fall victim to a robbery. Although details surrounding this alleged incident are hard to come by, it has been stated that the Young Money rapper was robbed while visiting Los Angeles.

SayCheeseTV offered up an initial report as well as an update, although Mellow Rackz has yet to issue a statement to confirm or deny the rumors.

“Young Money‘s artist Mellow Rackz was allegedly robbed & pistol whipped in LA after meeting a guy for a date,” the outlet stated. “Mellow & her security were ambushed at gun point & robbed for her jewelry & her bag with everything in it according to reports.” Later, they offered a follow-up.

“UPDATE! Young Money artist Mellow Rackz who was robbed for all her jewelry in L.A says her own security set her up,” they added. In the caption to their post, SayCheeseTV claimed, “She’s doing fine [praying hands emoji].”

Los Angeles authorities have issued warnings to people visiting the city as attacks, robberies, and home invasions have been on the rise. The music world was shocked after legend industry icon Clarence Avant’s 81-year-old wife Jacqueline was murdered in their Beverly Hills home during a botched home invasion by Aariel Maynor. He later received 150 years in prison.

Pop Smoke also fell victim to a home invasion robbery while he was staying in a rental property in the Hollywood Hills. That case is ongoing.