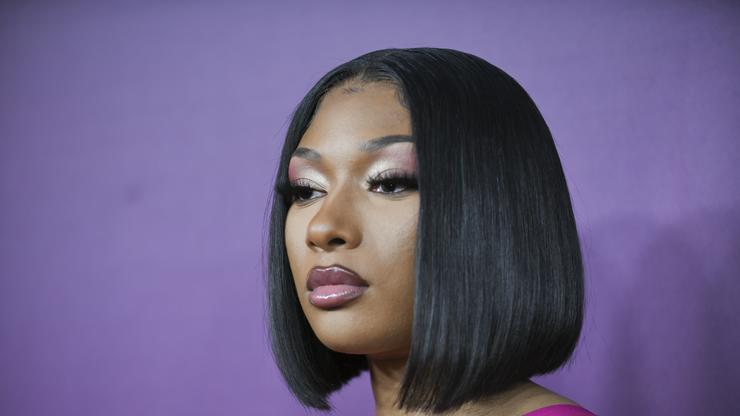 She-Hulk gets down with the Houston Hottie on the latest episode of the Disney series.

Megan Thee Stallion keeps on going up. Shortly after the release of her new project, Traumazine, the rapper began showcasing her acting skills on the small screen. It began with her appearance on P-Valley but now, she’s made her debut in the Marvel Cinematic Universe.

Last night, Megan Thee Stallion’s highly-anticipated cameo in She-Hulkbegan circulating online. Meg plays a fictionalized version of herself, as she enlists She-Hulk as her new attorney. The two twerk in She-Hulk’s office as “Body” plays in the background. “Oh, you are way more fun than my last lawyer,” Megan says, to which She-Hulk replies, “I will kill for you, Megan Thee Stallion.”

“Dial it back,” Meg responds.

The clip appears in the post-credits of the show and fans were pleasantly surprised to see the Houston Hottie appear in the show. She also made an appearance in the courtroom where she yells, “That’s right! There’s only one Megan Thee Stallion,” in the middle of a hearing. In the scene, Jennifer Walters a.k.a. She-Hulk represents her former co-worker Dennis in his lawsuit against a “Tinder Swindler” ex-girlfriend who he believes to be Megan Thee Stallion. It turns out that it’s actually an  Asgardian shapeshifter pretending to be Meg who finesses him for six-figures.

Head writer Jessica Gao told EW that it was actually Jameela Jamil, who plays Titania, who suggested Megan Thee Stallion. Prior to that, they envisioned some woman of stature, whether an actress, model, or musician, to take on the role. Gao also explained how they were adamant about capturing Megan in her full, authentic element.

“I had to keep telling [the camera operators] to tilt the camera down — get the butt,” Gao said. “Their reaction was to stay on the face, and I was like, ‘Down, down, down!'”

With Megan Thee Stallion‘s debut in the MCU, we wonder if we’ll see her in the Marvel Cinematic Universe again in the future. Check out a few reactions below.