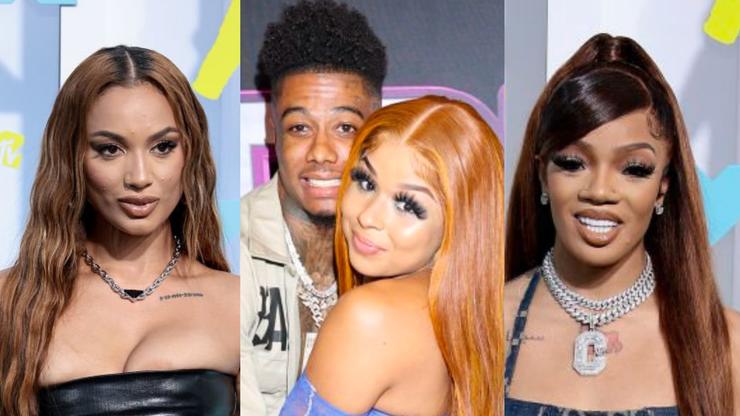 The couple has had some explosive moments that have gone viral, but they’ve promised that behavior is behind them.

They have quickly become one of the most volatile Hip Hop couples but Blueface and Chrisean Rock are solid. The pair have been going strong for years, but like clockwork, the couple has emerged in videos physically assaulting one another in heated, public altercations. Chrisean has been arrested multiple times since sparking her relationship with the rapper, including one for allegedly stealing his vehicle and attempting to drive across the county.

In a recent interview with TMZ, the pair promised that they would no longer engage in such violent behavior, at least not publicly, and it seems that DaniLeigh and GloRilla have a bit of advice for the hot-headed couple while chatting with Hollywood Unlocked on the MTV VMAs red carpet.

DaniLeigh knows all about the world weighing in on a famous couple’s relationship, as her rise and fall with DaBaby played out on a global stage. “You see things on the internet and then there’s real life so you never know what’s going on,” she said. “So, I just hope they stay safe and loved, and happy.”

Meanwhile, GloRilla had a few words of her own, adding that social media users and fans “be doing too much.”

Check out a few explosive moments from Blueface and Chrisean Rock below.