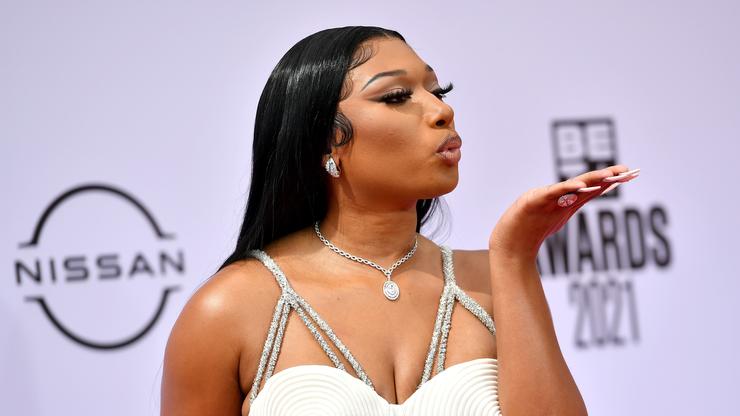 Megan Thee Stallion celebrated her most recent album, Good News, going platinum with fans on social media, Thursday. The Recording Industry Association of America (RIAA) certified that the album had reached one million units, this week.

“HOTTIESSSS GOOD NEWS IS OFFICIALLY PLATINUM,” Megan said Thursday on Instagram. “This is my first platinum album and I’m so proud! I made majority of this album in my living room during quarantine and to see it really do its thing makes me so happy! Thank you everyone involved and most of all thank you hotties for RUNNING IT TF UP.”

Good News was released back in November by 300 Entertainment and 1501 Certified and features appearances from City Girls, Lil Durk, SZA, Popcaan, Mustard, Big Sean, 2 Chainz, Beyoncé, and Young Thug. DaBaby, who Megan has had beef with, in recent months also appeared on the album. The project moved over 100,000 album-equivalent units in its first week available. Good News was certified gold by the RIAA in January 2021.

“Can’t wait for y’all to see what’s next,” Megan added in her post, teasing more new music to come. While there aren’t yet details on a future project, Megan is set to perform at Lollapalooza in Chicago later this month.