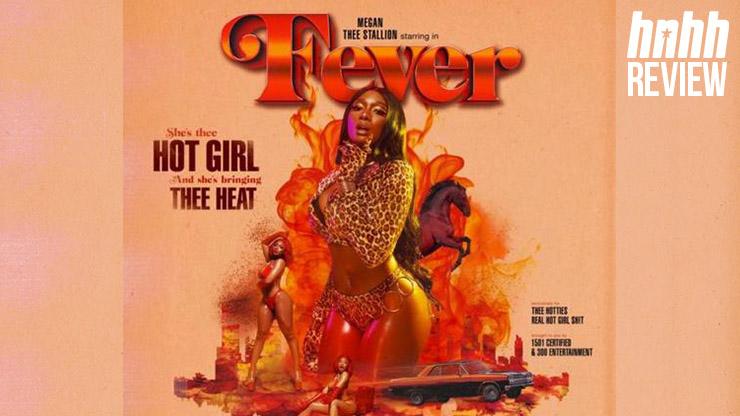 On her debut “Fever,” one the hottest rising rappers in the game promises to bring the heat.

In the last couple years, women in rap have gone from relatively niche to a massive explosion potential stars in a way we’ve never quite seen before. Plenty people will point to certain rappers such as Nicki Minaj or Cardi B for “kicking in the door” so to speak, but the fact remains that over this decade a number female rappers have been building cult audiences across the country, culminating in a whirlwind artists who suit any and every sort style one can think . From the comic raunch Cupcakke, the brashness Asian Doll, the eccentric Rico Nasty, the f-the-wall ratchet boasts the City Girls, it’s never been such a diverse a time. However, one the names who’s become the biggest and most hyped in such a short amount time is Houston, Texas’ Megan Pete; best known as Megan Thee Stallion. And with her debut album Fever, Megan Thee Stallion is hoping to not only establish herself as one the major players in this rapidly developing realm lady rappers, but one the best out in the whole wide world rap.

Since getting signed to 300, Megan Thee Stallion has been proving herself time and time again as a rapper with impeccable technique and an aggressive style that never lets up. She typically provides you with tongue twisters boasts regarding sexiness, sexual provocation and general flashiness. Perhaps the strangest thing about her is the fact that Megan doesn’t sound like anyone else in the rap game. She doesn’t echo back to Missy Elliot’s madcap stylings, she doesn’t recall Trina’s bawdiness, or any the few canonical women in rap before her. Instead, because her unrelenting disposition, she manages to feel like a rapper, first, and a woman, second, in a way that avoids characteristics, and equally, avoiding this “pitfall” (as it were) that many “female rappers” do succumb too. Even when she refers to alter egos such as her previous “Tina Snow” monicker or her newly-debuted “Hot Girl Meg,” there’s very little detectable variation. Megan might actually have the rare issue for ladies in rap, where, she’s so skilled as a rapper her persona on wax seems slight. Fortunately for her, those skills do their best to carry her a long way.

Clocking in at 14 tracks that generally stick around the two to three minute in range, Fever is an incredibly taut and lean album that feels combat-ready. Every song comes in with a punch and relies on Thee Stallion’s machine gun precision to keep momentum going at all times. Features are incredibly sparse, with only DaBaby (who admittedly steals the show on “Cash Shit”) and Juicy J making cameos alongside Megan. Thus, Meg who is not only the center attention but the main presence in a constant sea throwback trap or up-tempo club rap with fast drum tracks and heavy bass to keep you moving while she sets the pace. On the production side, Juicy is responsible for a few tracks as well as one song from Supah Mario (best known for collaborations with Young Thug and Drake), but the majority the beats come from local Texas producers who aren’t on that high-tier celebrities in the rap game. This feels like a strategic decision in which little if any elements the album can distract you from Megan and the breakneck pace her rap, which is a commendable decision for an artist still fresh in the eyes the industry, trying to make a name for themselves. While perhaps more than the occasional break from Megan would help give her some contrast, there’s no denying she works hard to hold her own for the majority the album.

Interestingly, Megan has always made it a point portraying herself as a major Houston representer, and you can hear the echoes Lil Flip and Bun B in her flows. Still, the easy highlights the album are the aforementioned Juicy J productions in which Thee Stallion leans hard into the old school Memphis styles Three Six to incredible effect. On “Pimpin,” “Simon Says” (featuring a particularly enthusiastic Juicy on the guest verse) and “Dance,” Megan Thee Stallion sounds like Gangsta Boo 3.0. These, along with the Pat-sampling “W.A.B.” and the “Sippin’ On That Sizzurp” tributary “Bring Drank” feel like immediate standouts that shift the mood without changing drastically from the album’s overall tone. Tracks like these not only boost the album tremendously but suggest that perhaps further collaborations with the likes Juicy and the rest the old Memphis scene or even new rappers with an equal affinity for this style would be perfect for Thee Stallion’s trampling beats.

As it stands, Fever is as tightly-focused an album as you can get for a debut. It’s 100% designed for showcasing Megan as a serious rapper while simultaneously working to provide the kind quick and potent bangers that’ll keep fans coming back. While there’s certainly room to get an even bigger picture her capabilities (as pre-album singles such as “Big Ole Freak” and older mixtape material has demonstrated), it’s easy to see her potential and imagine a bright future from this album alone. Given her constant grind, it won’t be long before Megan Thee Stallion demonstrates just how much more she has to fer the rap game.