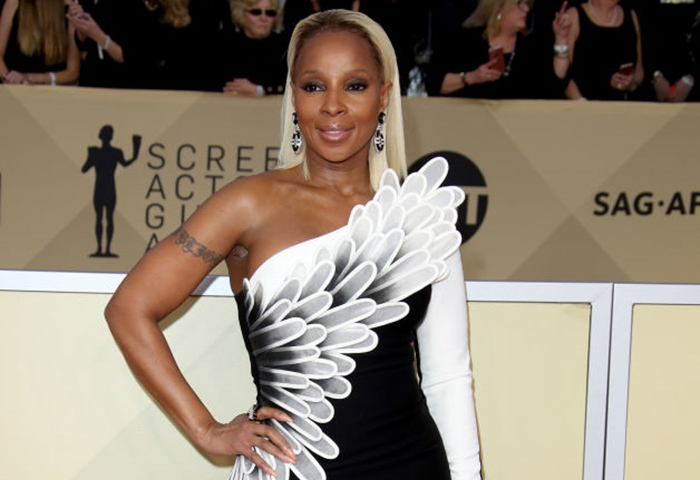 The R&B singer-turned-actress scores her first two nominations at the 90th Annual Academy Awards, thanks to her work in Netflix’s Mudbound.

Blige earned her double nominations for Best Supporting Actress and Best Original Song, becoming the first person nominated for acting and writing an original song in the same year. The latter is for “Mighty River,” which she wrote and performed for the movie. It was co-written by Raphael Saadiq, landing him his first-ever Oscar nod.

Competition for Music (Original Song) includes Sufjan Stevens’ “Mystery Love” from Call Me By Your Name; Kristen Anderson-Lopez and Robert Lopez’s “Remember Me” from Coco; Diane Warren and Lonnie “Common” Lynn’s “Stand Up for Something” from Marshall; and Benj Pasek and Justin Paul’s “This Is Me” from The Greatest Showman.

Blige was asleep when she received the good news. “My phone rang at about 5:30 a.m. and it was my publicist, Amanda, and she was screaming,” she told USA Today. “And I don’t know what it is so I’m screaming and I’m crying! It’s just a really emotional time. We’re not taking this lightly because things like this don’t happen. And it did.”

The 47-year-old entertainer has been enjoying critical acclaim for her role as Florence Jackson in Dee Rees’ period drama. She was recently nominated for Best Supporting Actress in a Motion Picture and Best Original Song at the Golden Globes.

The Queen has been celebrated by her peers, as well. Actress Taraji P. Henson, who was nominated for Best Supporting Actress in 2009 for her role in The Curious Case Benjamin Button, cheered her on. “Yaaaaaaaaaassssss,” she wrote. “THE #GLOWUP CONTINUES!!!!”

Angie Martinez also rejoiced over the news. “MARY J BLIGE is a DOUBLE OSCAR NOMINEE!!!!!!!!!!!!!!!!” she gushed. “My heart might explode this morning!! man listen, GOD is somethin else!! so many lemons turned to the most glorious lemonade! i love u so much @therealmaryjblige!! u deserve it ALL!!”

Hosted by Jimmy Kimmel, the 90th Annual Academy Awards is set to air live from the Dolby Theatre in Hollywood on Sunday, March 4, on ABC.