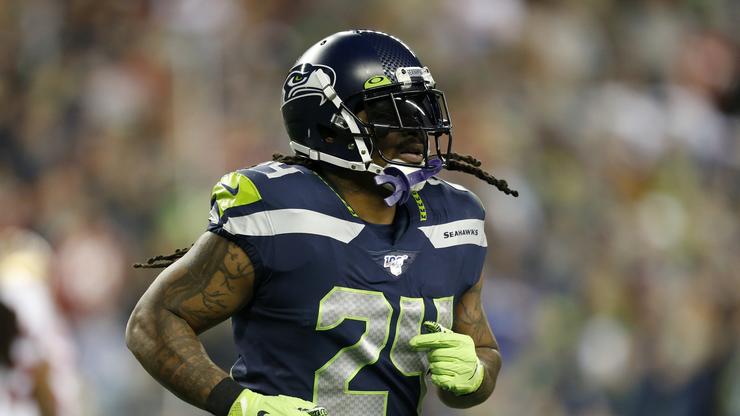 Marshawn Lynch was arrested and charged with a DUI earlier this week as he was driving dangerously through the streets of Las Vegas, according to TMZ. In the police report, it was revealed that Lynch was driving a 2020 Ford Shelby Mustang GT500, and the car was missing a tire and rim while he was driving it.

In fact, the report even reveals that Lynch admitted to having stolen the car. Lynch was allegedly intoxicated throughout the exchange with police as he was falling in and out of consciousness the entire time. The police went on to say that they smelled booze in the car, but Lynch ultimately denied drinking and also said that he doesn’t do drugs.

“Lynch was not cooperative or willing to comply with the Search Warrant and corrections officers from the City of Las Vegas had to use a restraint chair to force a blood draw,” the police report reads.

In TMZ’s report, it was noted that Lynch’s attorneys have released a statement pertaining to his recent arrest, saying “Marshawn was not pulled over for a DUI. Rather the vehicle was safely parked and not in operation. We are confident that when all evidence is presented, this will not be a DUI under Nevada law. Marshawn appreciates and is thankful for everyone’s concern and support.”

This continues to be a developing story, so stay tuned to HNHH for all of the latest news and updates.