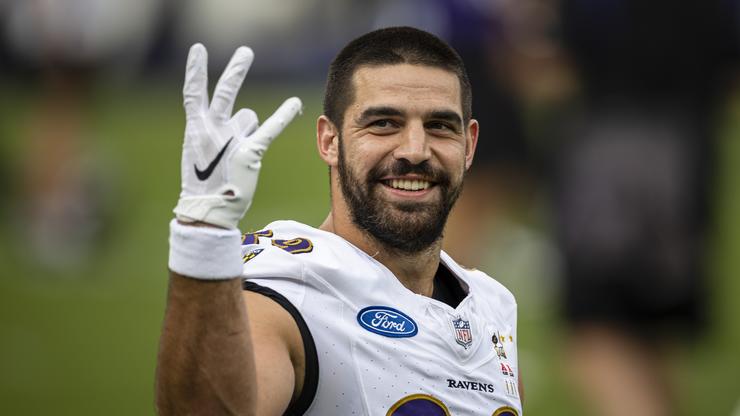 The Ravens are investing in their TE.

Mark Andrews has been an up-and-down piece of the Baltimore Ravens’ high-powered offense. It looks like the Ravens are ready to invest heavily into their young player. According to ESPN, Andrews has just signed a 4-year $56 million extension with the Ravens.

Andrews’ deal comes out to $14 million per season, which makes him the third-highest-paid tight end in the NFL, behind George Kittle ($15 million per season) and Travis Kelce ($14.3 million). Andrews was scheduled to be a free agent at the end of the season.

“Mark is exactly the type of player we wish to keep as a Raven long term,” Baltimore general manager Eric DeCosta said. “He’s competitive, passionate, talented and a leader. We are so excited to have him in Baltimore for the next five years. Congratulations to Mark and his family —and happy birthday.” Andrews’ 17 touchdowns over the past two seasons are the most of all tight ends and ranks No. 8 in the NFL overall. He has amassed 2,105 yards receiving, the fifth-most by an NFL tight end in his first three seasons over the last two decades.