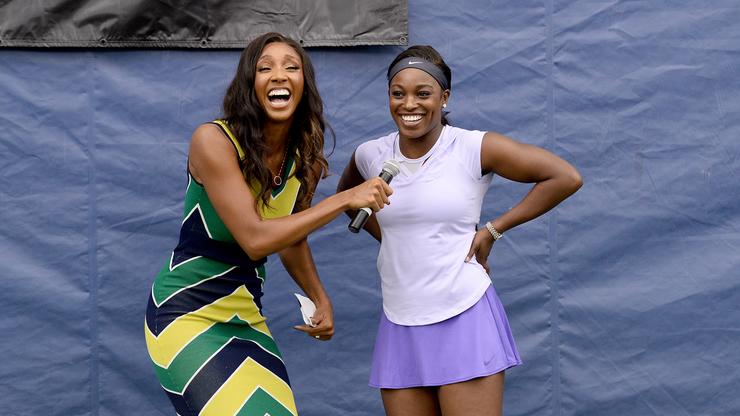 Rachel Nichols and Maria Taylor are not a pair of names you ever expect to see in headlines for more than a day, if that, truly speaking. That was until this past Sunday.

Though not necessarily in response to the whole situation, the ESPN analyst finally broke her silence since the problematic tape leaked to the public, posting a set of photos of her working with athletes and fellow peers. To caption it, Taylor wrote, “During the dark times I always remember that I am in this position to open doors and light the path that others walk down. I’ve taken some punches but that just means I’m still in the fight. Remember to lift as you climb and always KEEP RISING,” closing her inspirational message with a red heart.

In response, Utah Jazz star Donovan Mitchell commented with the one emoji that basically implies “hallelujah!”, but that much is up for interpretation. With affirmation being spread through the comments from the rest of her colleagues, including ESPN’s Jay Bilas and Jordan Schultz, the environment around her remains welcoming.

The stir caused this week ultimately resulted in fellow analyst Malika Andrews taking sideline duties through the NBA Finals, with Rachel Nichols remaining host of The Jump and Maria Taylor on NBA Countdown.