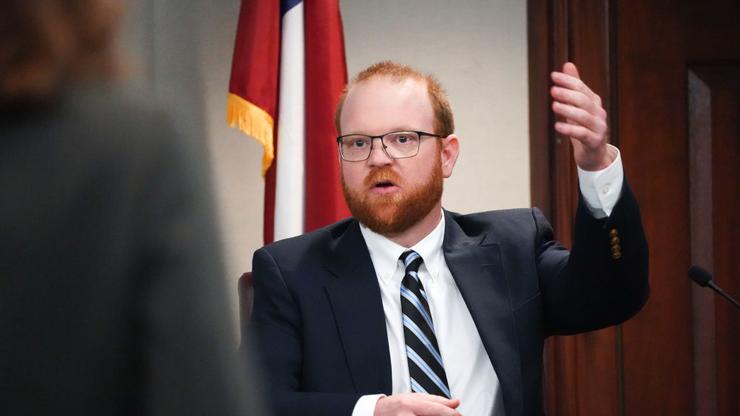 Travis McMichael wants to remain in federal custody as he’s received threats that inmates are “waiting for him.”

In February of 2020, Ahmaud Arbery was shot and killed in Georgia. While innocently jogging through a neighborhood, Arbery was confronted by a father and son, Travis and Gregory McMichael. Another man, by the name of William Bryan, joined them and captured the chilling murder with his cell phone. It took a whopping ten weeks before the footage was released to the public, and instantly, thousands of people called for the men’s arrest.

In May of that year, the McMichaels were apprehended and charged with murder. Shortly after, Bryan joined them and they all were indicted. After months of interrogations, statements, and evidence, 12 jurors found them all liable for the killing of the 25-year-old. The jury argued that the “motivation behind the murder was hatred toward Arbery because of his race.”

Sentencing hearings are set to take place tomorrow (August 8), but one of the men has already started begging for less harsh conditions. Travis, the man who pulled the trigger which killed Arbery, has asked the judge to remain in federal custody because he fears he will be murdered in prison.

The memorandum filed by his attorney, Amy Lee Copeland, claimed that he’s received warnings that people are “waiting for him” to arrive, telling him he shouldn’t go into the prison yard, and that correctional officers will keep doors unlocked so that people can attack him.

“His concern is that he will promptly be killed upon delivery to the state prison system for service of that sentence: He has received numerous threats of death that are credible in light of all circumstances, and the government has a pending investigation into the Georgia DOC’s ability to keep inmates safe in a system where murder rates have tripled,” the memorandum included.

Arbery’s family hopes the men are placed in state prisons as opposed to federal.