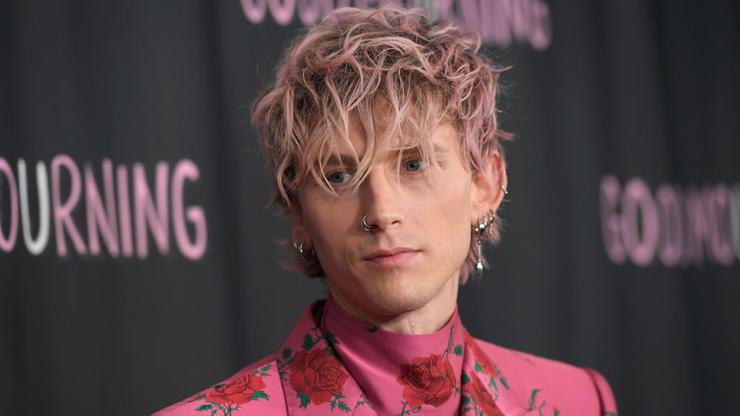 Colson Baker’s mom left home when he was a young boy to be with another man.

Before he was the rockstar/rapper Machine Gun Kelly that the world knows him as today, there was 9-year-old Colson Baker, who was tragically abandoned by his mother in his early adolescence, as the recording artist revealed on his “Burning Memories” collaboration with Lil Skies from 2019’s Hotel Diablo.

“Yeah, this one’s for the mama that I never knew / I took acid just to burn all of my memories of you,” the Houston native sings, pouring his heart out. “I guess now I really wanna know the truth / How’d you leave your only child at 9 for another dude?” As PEOPLE notes, other standout lyrics include “All the years that you ignored me, left me sleepless in the bed / I hope that he got some kids because your only son is dead.”

Though MGK’s mother wound was undeniably cut deep, last year he revealed that – thanks to his fans – he and his estranged parent had reconnected, and now, the 32-year-old has shared a photo with her on his Instagram feed.

“Wild story but after all these years, the fans are responsible for me and my mom finally reconnecting,” he tweeted late last June. “I love you,” he added.

Though not much info was given at the time, now we know that enough behind-the-scenes magic was happening with Baker and his maker that they’ve been able to connect in real life. “Introducing… my mom,” he captioned a photo taken with the woman, whose name remains unknown.

“Machine Gun Mommy,” one user commented. “What a full-circle moment, that’s awesome,” another added. See MGK’s IG post for yourself below, and tap back in with HNHH later for more pop culture news updates.